The Internet: A remedy for religious superstition?

The Internet: A remedy for religious superstition? April 6, 2014 Michael Stone

If religious superstition is a disease, the Internet just might be the cure. A new study suggests what many have long suspected, the Internet is killing religion. According to recent findings the increase in Internet use in the last two decades has caused a significant drop in religious affiliation.

To be more precise, there is a startling correlation between the rise of the Internet and the decline of religious affiliation in the United States. According to the MIT Technology Review, the numbers show that in 1990, about 8 percent of the U.S. population had no religious preference. Yet by 2010, this percentage had more than doubled to 18 percent. That’s a difference of about 25 million people, all of whom have somehow lost their religion.

After analyzing the data in detail, Allen Downey, a computer scientist at the Olin College of Engineering in Massachusetts, says that the demise is the result of several factors but the most controversial of these is the rise of the Internet. He concludes that the increase in Internet use in the last two decades has caused a significant drop in religious affiliation.

Indeed, the religious landscape is changing drastically in the United States. Research shows that young adults continue to abandon religion in record numbers.

April 4, 2014
Atheists compose less than one percent of federal prison population
Next Post 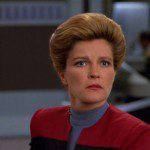