After a firestorm of criticism and pressure from Catholic and other Christian groups a controversial reenactment of a Satanic “Black Mass” that had been scheduled for Monday evening on the Harvard campus was abruptly canceled.

“Everyone involved, outside of the Satanic Temple, got really scared,” Lucien Greaves, a spokesman for the New York-based Satanic Temple, told the Boston Globe. “And I don’t necessarily blame them, because I understand that they were getting a lot of vitriolic hate mail, and I don’t think they expected it.”

The Roman Catholic Archdiocese of Boston held a large demonstration that began at a Massachusetts Institute of Technology chapel in Cambridge Monday evening, followed by a holy hour at St. Paul Church in Harvard Square.

Hundreds of marchers proceeded from MIT to St. Paul Church for the holy hour, clutching rosary beads, crosses, and pictures of Jesus.

The group originally sponsoring the event, the Harvard Extension School Cultural Studies Club, said it was dismayed by the harsh, angry and widespread criticism of the event.

The student club maintained that the performance’s purpose was not to denigrate any religion or faith, but instead to “learn and experience” the history of different cultural practices.

In a statement released Monday evening, the cultural studies club said it was no longer sponsoring the “Black Mass” after plans to hold it at the Middle East Club in Central Square in Cambridge fell through.

The following is an excerpt from the statement released by the club:

“While it is unfortunate that many people took personal offense at rituals for which they have little or no understanding of their context, what we find most disturbing have been the demands that the rituals and beliefs of marginalized members of society be silenced.”

The Show Must Go On

Although the Harvard Extension School Cultural Studies Club dropped its sponsorship of the reenactment of the Satanic “Black Mass” ritual, members of the New York-based Satanic Temple still managed to gather for the “Black Mass” on the second floor of the Hong Kong restaurant and lounge shortly after 10 p.m. Monday.

The Harvard Crimson reports about 50 people, mostly dressed in black and some wearing face makeup, were present for the ceremony. A consecrated host, believed by Catholics to be the body of Christ, was not used in the ritual.

Four individuals in hoods and one man in a white suit, a cape, and a horned mask were active in the proceedings, as well as a woman revealed to be wearing only lingerie. The ceremony began with a narration on the history underlying Satanism and the black mass ritual.

The Hong Kong is located on Massachusetts Avenue, directly across the street from Harvard Yard. 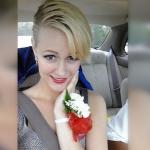 May 13, 2014
Teen ejected from prom after dads experience 'impure thoughts'
Next Post