What were they thinking? In Alabama a Christian youth group is apologizing after erecting a giant billboard featuring five smiling children beneath a quote from Hitler praising the indoctrination of children:

“He alone, who owns the youth, gains the future.”

The 1935 quote was said in reference to the Hitler Youth program, which indoctrinated children in preparation for joining the Nazi Party.

The billboard, rented by the Alabama-based Life Savers Ministries, went up Friday, but will be taken down sometime this week.

Live Savers Ministries founder James Anderegg apologized for the offensive billboard, saying “We are pulling the billboard and certainly never intended to cause confusion,” and noting “Herbert Hoover would have been a far better one to quote when he said, ‘Children are our most valuable resource’.”

The full text of the billboard reads:

He alone, who owns the youth, gains the future. — Adolf Hitler

Train up a child in the way he should go; even when he is old he will not depart from it. — Proverbs 22:6 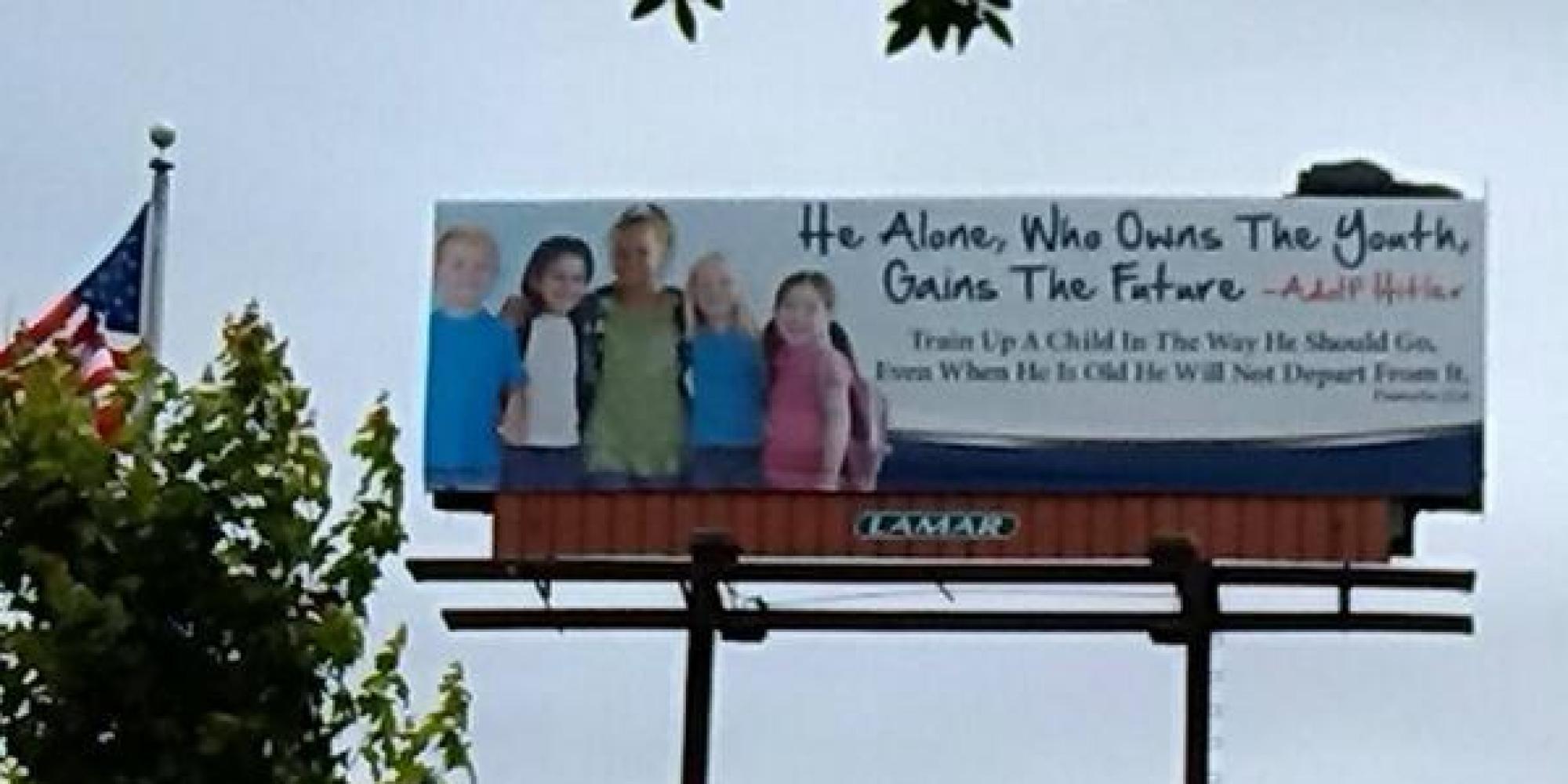