The statement was released simultaneously this weekend on Benson’s blog and Dawkins’ website. The following is the text of that statement in full:

It’s not news that allies can’t always agree on everything. People who rely on reason rather than dogma to think about the world are bound to disagree about some things.

Disagreement is inevitable, but bullying and harassment are not. If we want secularism and atheism to gain respect, we have to be able to disagree with each other without trying to destroy each other.

In other words we have to be able to manage disagreement ethically, like reasonable adults, as opposed to brawling like enraged children who need a nap. It should go without saying, but this means no death threats, rape threats, attacks on people’s appearance, age, race, sex, size, haircut; no photoshopping people into demeaning images, no vulgar epithets.

Richard adds: I’m told that some people think I tacitly endorse such things even if I don’t indulge in them. Needless to say, I’m horrified by that suggestion. Any person who tries to intimidate members of our community with threats or harassment is in no way my ally and is only weakening the atheist movement by silencing its voices and driving away support.

Apparently it is sometimes necessary to state the obvious. And Dawkins and Benson should be applauded for speaking out. “Death threats, rape threats, attacks on people’s appearance, age, race, sex, size, haircut (etc.)” are never acceptable in polite discourse, or even the often volatile and impolite discourse of the internet. 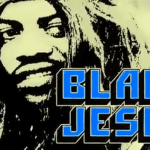 July 28, 2014 Court rules Ground Zero Cross is Secular, not Religious
Recent Comments
0 | Leave a Comment
"And JC said, starve the little chidren, for as much as you do it unto ..."
David Cromie Fox News Guest: Children Don’t Deserve ..."
""....are there no work houses....""
Erik1986 Fox News Guest: Children Don’t Deserve ..."
"Tsarist Russia was anything but a free market, and neither was the aristocratic system in ..."
Person223 Fox News Guest: Children Don’t Deserve ..."
"The right of males to reproduce, rendering a woman's reproductive organs chattel, disregarding the whole ..."
Anon E Moss New Legislation In Tennessee Would Allow ..."
Browse Our Archives
get the latest from
Nonreligious
Sign up for our newsletter
POPULAR AT PATHEOS Nonreligious
1