Blasphemy? Conservative Christians are apoplectic with rage over the portrayal of Jesus Christ as an altruistic black guy living in modern-day Compton, California.

Washington Post reports that currently there are at least four Change.org petitions asking Adult Swim to cancel the show. The biggest one, by Christian Network, has more than 3,000 signatures. It asserts that the show is “blasphemy and an insult to all believers of Jesus Christ. This TV show has twisted the words of our Lord to make a mockery of him and simply can’t be tolerated. This show is also racist and degrading to the black community.”

David Rodgers, a pastor of the House of Prayer for All Nations Ministries in Chicago, posted a Facebook petition demanding Turner Broadcasting System (TBS), the owners of Adult Swim, remove the show due to the “degrading imagery of the Lord Jesus Christ. Rodgers writes:

We, the Christian Community are vehemently opposed and violently offended at this upcoming program soon to air on your channel called BLACK JESUS. The level of disrespect aimed at the depiction of our Lord and Savior is inexcusable. We are hard pressed to find any value in this program, its message or its purpose. As a group of believers, we are prepared to launch a mass campaign and boycott of your channel and any advertisers that are financially profiting from this program. These continued attacks against our Christian Values and the degrading imagery of the Lord Jesus Christ, will be met with social media awareness to the entire Christian Community and a targeted boycott of your advertisers.

The American Family Association is not amused by the upcoming Adult Swim comedy “Black Jesus.” The group’s One Million Moms arm is urging TBN to drop the show and advertisers to boycott it, writing in a petition that the show’s portrayal of “Jesus as a ‘black guy living in the hood’” and its “foul language” amount to “blasphemy.”

The new half-hour live-action scripted comedy “Black Jesus” from award-winning writer/producer, Aaron McGruder (The Boondocks, Red Tails) will premiere on Thursday, August 7th at 11:00 p.m. (ET/PT). The series finds Jesus living in present day Compton, CA on a daily mission to spread love and kindness throughout the neighborhood with the help of his small but loyal group of downtrodden followers. 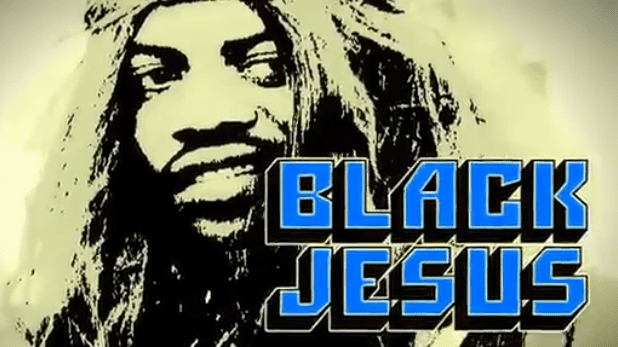