The Hobby Lobby decision elevates conservative Christian dogma above the law, and paves the way for a Christian theocracy.

In the disastrous Hobby Lobby decision, the Supreme Court ruled that corporations can have religious beliefs, and use those beliefs to discriminate against employees. The decision opens the floodgates to claims by corporations and others for religious exemptions.

Immediately after the recent Hobby Lobby ruling a group of anti-gay religious leaders wrote a letter to President Obama asking to be exempt from a pending executive order that would prohibit federal contractors from discriminating against lesbian, gay, bisexual and transgender people in hiring practices.

As usual, Christians want to use their belief in a religious superstition to justify discrimination against members of the LGBT community. Right Wing Watch reports:

… Liberty Counsel’s Matt Barber addressed exactly this issue, saying that he is hopeful that anti-gay Christians will now have a solid defense when they refuse to “be an indentured servant” by providing services to “a counterfeit gay marriage” because this ruling was “a strong rebuke of all those sexual orientation laws around the country in cities and municipalities and states that say somehow gays win, Christians lose, sexual orientation trumps all.”

As Salon points out, the “ruling sparked more questions than it answered: Can an employer refuse to cover Viagra? What about HIV medication? If a boss can opt out of any law so long as she is motivated by a ‘sincerely held belief,’ can they refuse to extend benefits to a same-sex spouse?”

In the end, the Hobby Lobby decision represents a dangerous affront to human rights and human dignity. This decision does not advance religious freedom; instead, the decision attempts to enshrine Christian privilege at the expense of employee well-being.

The disastrous decision invents rights for corporations under the guise of religious freedom, while at the same time sanctioning discrimination against America’s working women. No employer should have the right to dictate which prescriptive birth control method women employees may or may not choose.

The Hobby Lobby decision elevates conservative Christian dogma above the law, above the secular values upon which this nation was founded. The decision sets a dangerous precedent, and paves the way for a Christian theocracy. 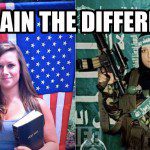 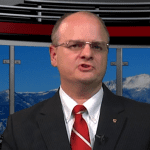