Apology accepted? Access Hollywood host Shaun Robinson has issued an apology after saying “If I’m ever around an atheist, I think I’m gonna get hit by lightning or something. I just don’t even want to be in the room with them.”

The Facebook page for American Atheists, Inc. reports Robinson issued an apology for her disparaging remarks about atheists via Twitter:

“it was hurtful. I apologize.”

Earlier this week, Access Hollywood host Robinson was interviewing conservative Christian actor Kevin Sorbo, who was appearing on the popular entertainment news program to promote his movie, “God is not Dead.”

During the interview, the two engaged in a rather nasty conversation about atheists, invoking tired stereotypes in an attempt to belittle and marginalize the secular community. The following is an excerpt from that discussion:

Sorbo: … I’ve seen these guys [atheists] on TV and cable outlets… Atheists actually have, like, chapters and they have, I mean, it’s weird. I see the anger when these guys get on TV! And I’m going, wow, how do you get so angry about something you don’t believe in?

Sorbo: I find that very interesting.

Robinson: Every time I’m around, if I’m ever around an atheist, I think I’m gonna get hit by lightning or something. I just don’t even want to be in the room with them.

Sorbo: It’s weird how they can get nativity scenes pulled down because they say it offends them. They’re offended by something they don’t believe in. Well, it offends about 90% of people of the country that they take the nativity scenes down, but apparently, the majority doesn’t have a voice in this country anymore, so what are you gonna do?

Sorbo: What’s interesting, people can say, oh, that doesn’t happen, where students get persecuted at universities because of their belief. It does happen. At the end of the movie, we show 37 court cases — we could’ve shown many more — in the closing credits of major universities being sued by students because they’re being persecuted purely for having a faith in God. What’s the big deal? I mean, live and let live. I’m a live and let live kind of guy. If [you’re] an atheist, fine. If you’re an Agnostic, we can talk…

Robinson: God is telling us now we have to go to a commercial…

I just got off a 20 min phone call with Ms. Robinson. I believe her apology is sincere and I believe her that her remarks were out-of-character. She is working on figuring out if there is a way for her to go on the air with David Silverman to talk about this. She’s not in charge of producing segments so please do not hold it against her if she’s unable to arrange something, but do know that we’re working on it. I want to say that there is no need for name-calling etc—this is an opportunity to raise awareness about prejudice and we can make things better by working together. Thank you for respecting this.

Robinson did the right thing by apologizing. Her remarks were abusive and thoughtless. However, many critics claim her late-night apology via Twitter is not enough, and that she should issue an apology in front of the same national TV audience that she so thoughtlessly insulted atheists in front of in the first place. Going on air with American Atheists President David Silverman would be a good start in addressing the wrong, and making amends. 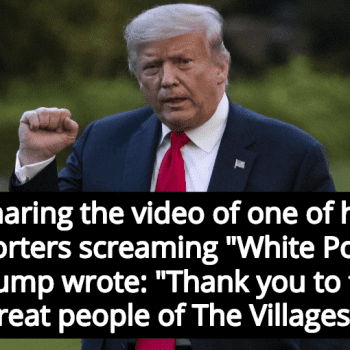 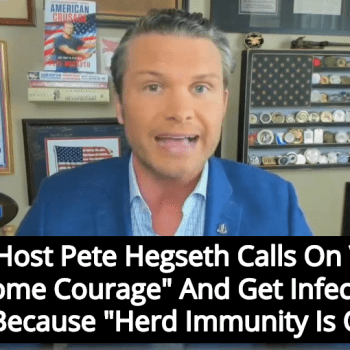 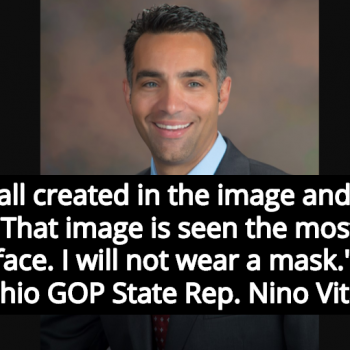