FSM FTW: A member of the Church of the Flying Spaghetti Monster (FSM) was allowed to wear her sacred religious head covering, a pasta strainer, for her California driver’s license photo.

A woman identified as “Beth” made an appearance on the front page of Reddit wearing her Pastafarian religious head covering in her California Driver’s License photo earlier this week.

Pastafarians recognize the pasta strainer to be a sacred religious head covering worn to bring honor upon their deity, the Flying Spaghetti Monster (sauce be upon him).

According to the thread on Reddit, the woman, who was at the California DMV making a name change after being married, was asked to fill out a very short form declaring her religious affiliation with the the Church of the FSM, and was then allowed to be photographed wearing the sacred pasta strainer.

In recent years Pastafarians have been fighting for the right to wear the sacred head gear in official identification photos. Last year, in New Jersey, Aaron Williams, a member of the Church of the Flying Spaghetti Monster, was denied the right to wear his sacred religious head covering, a pasta strainer, for his driver’s license photo.

The church teaches that pirates were the first Pastafarians, recognizes every Friday to be a holiday, and promotes the liberal consumption of beer. According to the church website, the only dogma allowed in the Church of the Flying Spaghetti Monster is the rejection of dogma.

The Church of the Flying Spaghetti Monster emerged in the US in 2005 as a protest against the teaching of creationism in public schools. 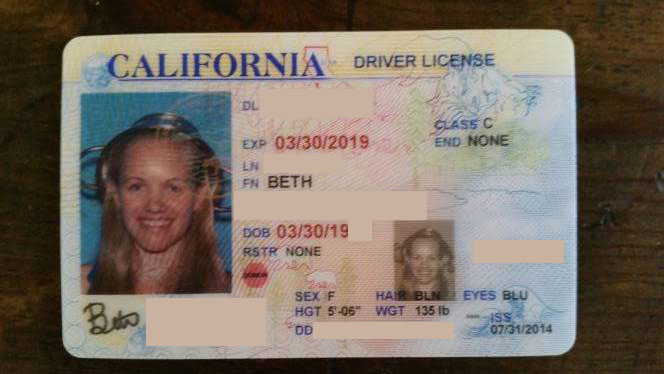 August 12, 2014
Christians report Robin Williams is in hell
Next Post