Ohio Republicans are pushing a bill through the state legislature that would allow intelligent design (creationism) to be taught alongside evolution in public school science classrooms.

Ohio’s HB 597 was quietly introduced in the House of Representatives last month under the guise of repealing Common Core educational standards. However, the bill is an anti-science trojan horse that poses a threat to students and science education in Ohio.

If enacted, HB 597 would allow local school districts to teach creationism alongside evolution, and global warming denial alongside climate science.

The bill would require that state’s science standards “prohibit political or religious interpretation of scientific facts in favor of another.”

Republican State Rep. Andy Thompson told The Plain Dealer that the clause prohibiting “political or religious interpretation of scientific facts in favor of another” prevents teachers and schools from only presenting one side of a political and scientific debate.

Thompson said the bill gives districts and teachers the freedom to teach religious interpretations of scientific issues as they deem best, allowing “intelligent design” and creationism to be taught alongside evolution, as well as varying views on the age of the earth and whether dinosaurs and people existed at the same time.

Whether dinosaurs and people existed at the same time?

The National Center for Science Education (NCSE) is working to stop the Ohio anti-science bill, and encouraging Ohioans to reach out to their legislators and ask that the anti-science provisions be blocked or removed. 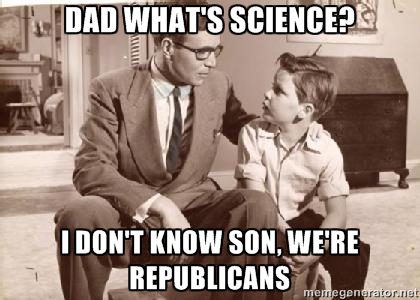