Huckabee wants to fire atheists working for the government

Dreams of Theocracy: Republican presidential hopeful Mike Huckabee is urging Christian conservatives to vote so that those who “refuse to hear God’s heart” can be replaced by the faithful.

Speaking at the 2014 Values Voter Summit this weekend Huckabee said:

Some of you are frustrated and even upset and angry about America, and I get it. And I say to you, the answer is as simple as it is that the answer to the phones in our hearts that God is ringing. When we register people to vote, when we get them to the polls to vote, when we hire the people that will take our values to this city, and when we fire the ones who refuse to hear not only our hearts, but God’s heart.

Huckabee, the host of Fox News’ “Huckabee,” and former governor of Arkansas, ran for president in 2008 and is considering running for president again in 2016.

In a press conference before his speech, Huckabee said he will likely decide on whether or not to run in the early Spring of next year.

The suggestion that federal employees who “refuse to hear God’s heart” should be replaced by those that do “hear God’s heart” is deeply disturbing, and contrary to the secular values upon which this nation was founded.

The Senators and Representatives before mentioned, and the Members of the several State Legislatures, and all executive and judicial Officers, both of the United States and of the several States, shall be bound by Oath or Affirmation, to support this Constitution; but no religious test shall ever be required as a qualification to any office or public trust under the United States.

In his speech, Huckabee also railed against the courts. Angry about marriage equality for gays and lesbians, Huckabee said that the Supreme Court and judicial system don’t have any more authority and power than the legislative and the executive branches of government:

This nonsense that has happened where individual judges around the country have decided that they can upend the duly passed laws and constitutional limits in states that affirm natural marriage — we need to say no: judges don’t get to legislate.

Huckabee concluded his speech by saying:

That’s how we change America, my friend. Let’s make this a nation once again that unapologetically bows its knee before a holy God.

Huckabee’s good-natured manner masks a dangerous yearning for an America that never was, but could be: a Christian theocracy built on ignorance and religious superstition. It is incumbent upon those that respect the secular values upon which this nation was founded to reject and oppose Christian extremists like Huckabee and others appearing at the 2014 Values Voter Summit this weekend. 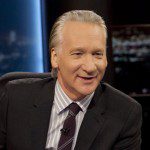 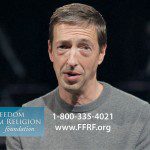