Religion of rape: The Islamic State has issued a detailed and horrific guide to the capture, punishment, and rape of female non-believers, in accord with sharia (Islamic law).

The Islamic State of Iraq and Syria (ISIS) requires its rank and file to follow a strict Islamic code of conduct in the matter of stealing young women and trading them like cattle for sexual gratification.

Members of ISIS have kidnapped thousands of women and girls in their raids on towns and villages across northern Syria and western Iraq. The captured females are often sold and traded as sex slaves, or given to ISIS fighters as “gifts.”

The pamphlet was published by the Research and Fatwa Department of ISIS on Dec. 3 and is written in the form of questions and answers.

The rules allow ISIS members to have sexual intercourse with, beat and trade non-Muslim slaves, including Yazidi women and girls.

The posted guidelines make it clear that, in the mind of ISIS leaders, “It is permissible to buy, sell, or give as a gift female captives and slaves, for they are merely property, which can be disposed of.”

Below is each of the 27 horrifying rules:

“Al-Sabi is a woman from among ahl al-harb [the people of war] who has been captured by Muslims.

“What makes al-sabi permissible [i.e., what makes it permissible to take such a woman captive] is [her] unbelief. Unbelieving [women] who were captured and brought into the abode of Islam are permissible to us, after the imam distributes them [among us].”

“Question 3: Can all unbelieving women be taken captive?

“There is no dispute among the scholars that it is permissible to capture unbelieving women [who are characterized by] original unbelief [kufr asli], such as thekitabiyat [women from among the People of the Book, i.e. Jews and Christians] and polytheists. However, [the scholars] are disputed over [the issue of] capturing apostate women. The consensus leans towards forbidding it, though some people of knowledge think it permissible. We [ISIS] lean towards accepting the consensus…”

“Question 4: Is it permissible to have intercourse with a female captive?

“It is permissible to have sexual intercourse with the female captive. Allah the almighty said: ‘[Successful are the believers] who guard their chastity, except from their wives or (the captives and slaves) that their right hands possess, for then they are free from blame [Koran 23:5-6]’…”

“Question 5: Is it permissible to have intercourse with a female captive immediately after taking possession [of her]?

“If she is a virgin, he [her master] can have intercourse with her immediately after taking possession of her. However, is she isn’t, her uterus must be purified [first]…”

“Question 6: Is it permissible to sell a female captive?

“It is permissible to buy, sell, or give as a gift female captives and slaves, for they are merely property, which can be disposed of [as long as that doesn’t cause [the Muslim ummah] any harm or damage.”

“Question 7: Is it permissible to separate a mother from her children through [the act of] buying and selling?

“Question 8: If two or more [men] buy a female captive together, does she then become [sexually] permissible to each of them?

“It is forbidden to have intercourse with a female captive if [the master] does not own her exclusively. One who owns [a captive] in partnership [with others] may not have sexual intercourse with her until the other [owners] sell or give him [their share].”

“Question 9: If the female captive was impregnated by her owner, can he then sell her?

“Question 10: If a man dies, what is the law regarding the female captive he owned?

“Female captives are distributed as part of his estate, just as all [other parts] of his estate [are distributed]. However, they may only provide services, not intercourse, if a father or [one of the] sons has already had intercourse with them, or if several [people] inherit them in partnership.”

“Question 11: May a man have intercourse with the female slave of his wife?

“A man may not have intercourse with the female slave of his wife, because [the slave] is owned by someone else.”

“Question 12: May a man kiss the female slave of another, with the owner’s permission?

“A man may not kiss the female slave of another, for kissing [involves] pleasure, and pleasure is prohibited unless [the man] owns [the slave] exclusively.”

“Question 13: Is it permissible to have intercourse with a female slave who has not reached puberty?

“Question 14: What private parts of the female slave’s body must be concealed during prayer?

“Question 15: May a female slave meet foreign men without wearing a hijab?

“A female slave is allowed to expose her head, neck, hands, and feet in front of foreign men if fitna [enticement] can be avoided. However, if fitna is present, or of there is fear that it will occur, then it [i.e. exposing these body parts becomes] forbidden.”

“Question 16: Can two sisters be taken together while taking slaves?

“Al-‘azl is refraining from ejaculating on a woman’s pudendum [i.e. coitus interruptus].”

“Question 18: May a man use the al-‘azl [technique] with his female slave?

“A man is allowed [to use] al-‘azl during intercourse with his female slave with or without her consent.”

“Question 19: Is it permissible to beat a female slave?

Question 20: What is the ruling regarding a female slave who runs away from her master?

“Question 21: What is the earthly punishment of a female slave who runs away from her master?

“She [i.e. the female slave who runs away from her master] has no punishment according to the shari’a of Allah; however, she is [to be] reprimanded [in such a way that] deters others like her from escaping.”

“Question 22: Is it permissible to marry a Muslim [slave] or a kitabiyya [i.e. Jewish or Christian] female slave?

“It is impermissible for a free [man] to marry Muslim or kitabiyat female slaves, except for those [men] who feared to [commit] a sin, that is, the sin of fornication…”

“Question 24: If a man marries a female slave who is owned by someone else, who is allowed to have intercourse with her?

“A master is prohibited from having intercourse with his female slave who is married to someone else; instead, the master receives her service, [while] the husband [gets to] enjoy her [sexually].”

“Question 25: Are the huddoud [Koranic punishments] applied to female slaves?

“If a female slave committed what necessitated the enforcement of a hadd [on her], a hadd [is then] enforced on her – however, the hadd is reduced by half within the hudud that accepts reduction by half…”

“Question 27: What is the reward for freeing a slave girl?

“Allah the exalted said [in the Koran]: ‘And what can make you know what is [breaking through] the difficult pass [hell]? It is the freeing of a slave.’ And [the prophet Muhammad] said: ‘Whoever frees a believer Allah frees every organ of his body from hellfire.'”

Some Muslim apologists and other misguided liberals will claim that ISIS does not represent “true Islam.” Yet the fact is, there is no “true Islam,” only competing interpretations of Islam. And for all intents and purposes, the Islam of the Islamic State is just as legitimate as any other interpretation of Islam.

While it is conceivable, and perhaps theoretically possible, to concoct a similar program of sexual slavery using Christian patriarchal teachings, the fact remains that currently there is no “Christian state” using Christianity to justify the capture, punishment, and rape of female non-believers. 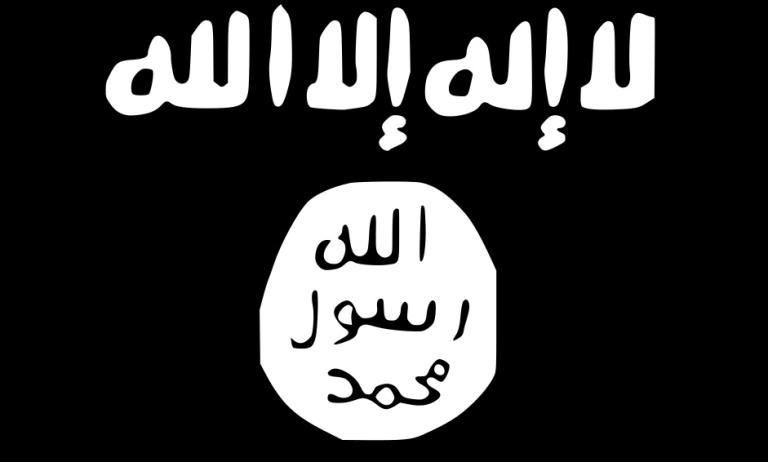 December 12, 2014 Presidential hopeful Bobby Jindal claims Christ is ‘America’s only hope’
Recent Comments
0 | Leave a Comment
Browse Our Archives
get the latest from
Progressive Secular Humanist
Sign up for our newsletter
POPULAR AT PATHEOS Nonreligious
1