Atheist sworn in as new Prime Minister of Greece

After leading the radical left to electoral victory in Greece this weekend, Alexis Tsipras, a proud atheist and leader of the victorious left-wing Syriza party, has been sworn in as Prime Minister of Greece at the presidential palace in Athens.

In a symbolic move, Tsipras’ first action as prime minister was to commemorate Greek resistance fighters with red roses at a memorial in Athens to those executed by Nazis.

Tsipras, the country’s youngest-ever prime minister, led his party to a landslide victory over the governing conservative party in Sunday’s parliamentary elections, falling only two seats short of an absolute majority in the 300-seat parliament.

Although the Syriza party and the Independent Greeks party are on opposite sides of the political spectrum, the parties are united in their hatred of the EU/IMF bailout program, and the painful austerity measures associated with the program.

Tsipras and his Syriza party campaigned on taking on the country’s European creditors and putting an end to austerity in the debt-ridden country.

The new government led by Tsipras says it wants to renegotiate the terms of Greece’s two EU bailouts. 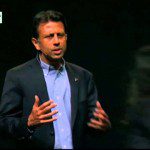