In Georgia, child abuse or domestic violence in the name of “deeply held religious beliefs” would be legally protected under a controversial, Republican sponsored, religious freedom bill.

Georgia’s House Bill 29,  the “Preventing Government Overreach on Religious Expression Act,” is being promoted by Republican lawmakers as a necessary step to protect conservative Christians from perceived persecution.

The bill’s sponsor, Marietta Republican Rep. Sam Teasley, insists his bill is only meant to protect people against government interference in their faith.

However, according to Macon Circuit District Attorney David Cook, the bill would give legal cover to those who’ve been accused of child abuse and domestic violence while acting in the name of religion. In a powerful and convincing opinion written for The Telegraph, Cook points out:

… this new law would sometimes put an individual’s religious beliefs ahead of the common good, including, even, the welfare of our children.

About the bill’s supporters, Cook notes:

Bryan Long, executive director of Better Georgia and a vocal critic of the proposed legislation, warns:

Georgians would be able to use religion as an excuse to opt out of some laws including child abuse, domestic violence and discrimination laws.

For example, House Bill 29 would allow business owners who believe homosexuality is a sin to openly deny gay citizens employment or service. This is simply unacceptable.

In addition, Todd Edwards of the Organization County Commissions of Georgia warns if the controversial legislation is passed counties would be open to “unending” litigation on the taxpayer’s dime:

If, for example, a Wiccan believes their religion does not allow them to render any payment to any entity but God, do they have to pay their taxes?

While many conservative Christians are advocating on behalf of the controversial bill, not all Christians support the dangerous and foolish legislation. James Lamkin, senior pastor of Atlanta’s Northside Drive Baptist Church, echoes the sentiments of many reasonable people:

I think this legislation is unnecessary. Religious freedom is guaranteed in the First Amendment and in the Georgia Constitution, and it is working.

You can read the full bill online here. Concerned readers can sign a petition telling lawmakers that businesses and individuals should not be able to use religion as an excuse for discrimination, child abuse or other criminal behavior. 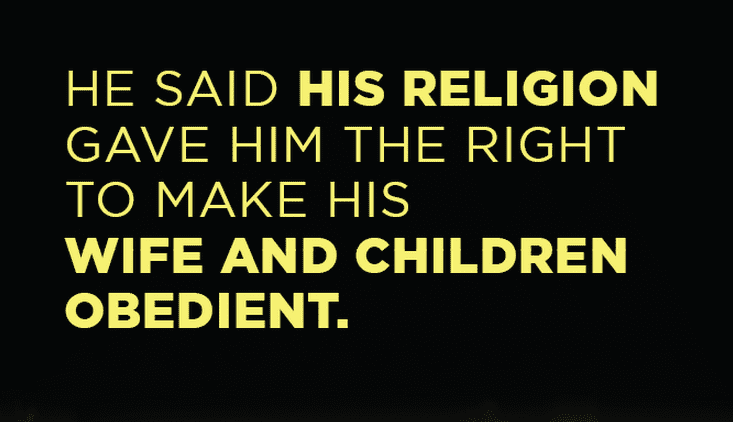 January 28, 2015
Islamic State: We will behead Obama and make U.S. a Muslim province
Next Post