Authors for the top publisher are being warned not to mention pigs or sausages in educational material for children in an apparent bid to avoid offending the religious beliefs of Muslims and Jews.

The bizarre attempt at self-censorship was revealed during a BBC discussion on free speech in the wake of the Paris terror attack on satirical magazine Charlie Hebdo.

I’ve got a letter here that was sent out by OUP (Oxford University Press) to an author doing something for young people.

Among the things prohibited in the text that was commissioned by OUP was the following: Pigs plus sausages, or anything else which could be perceived as pork.

As one might expect, the ban has been met with some ridicule. About the ban, a Jewish Leadership Council spokesman said:

Jewish law prohibits eating pork, not the mention of the word, or the animal from which it derives.

However, a spokesman for Oxford University Press (OUP) defended the ban, noting:

OUP’s commitment to its mission of academic and educational excellence is absolute.

Our materials are sold in nearly 200 countries, and as such, and without compromising our commitment in any way, we encourage some authors of educational materials respectfully to consider cultural differences and sensitivities.

The decision by Oxford University Press to self-censor in the name of religion sets a dangerous and foolish precedent, and indirectly rewards and encourages religious terrorists and other religious extremists attempting to force the world to conform to their ignorant and petty religious superstitions. 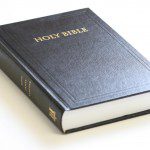