Christian bigots suffer defeat: Sweet Cakes by Melissa, an Oregon bakery that refused to supply a wedding cake for a gay couple last spring, discriminated against the same-sex couple by denying them full and equal access to a place of public accommodation, according to a ruling issued by the Oregon Bureau of Labor and Industries on Monday.

KGW reports the owners of Sweet Cakes by Melissa bakery, Aaron and Melissa Klein, will now have to pay the same-sex couple up to $150,000 in damages. The exact amount will be determined at a hearing on March 10.

In addition, an administrative law judge has rejected an attempt by lawyers representing the Kleins to dismiss the case and award them $200,000 for damages, court costs and attorney fees.

The long running controversy began in January of 2013 when Aaron and Melissa Klein, owners of Sweet Cakes by Melissa, cited their Christian faith and belief in traditional marriage when they refused to sell a wedding cake to Rachel Cryer and Laurel Bowman after learning that the cake was for a same-sex wedding.

The couple, now using Bowman-Cryer as their surname, held a commitment ceremony June 27, 2013. They were married May 23, 2014, four days after a federal judge ruled that same-sex marriage was legal in Oregon.

Paul Thompson, a Portland lawyer advising the lesbian couple, said he was happy with the ruling:

The entire time, I felt the law was very much on our side because the law is black and white. You cannot discriminate on the basis of sexual orientation.

However, Anna Harmon, one of three attorneys representing the Kleins, disagreed with the ruling, lamenting:

Americans should not have to choose between adhering to their faith or closing their business, but that is what this decision means.

Sweet Cakes closed its doors in September, 2013, after intense notoriety and public backlash accompanying the anti-gay discrimination investigation. The public controversy surrounding the bakery’s anti-gay stance proved to be disastrous for business. Many simply refused to do business with Sweet Cakes by Melissa after it became public knowledge that the bakery was openly discriminating against same-sex couples.

Previously the bakery’s co-owner Melissa Klein has argued that turning away the couple was “definitely not discrimination at all,” claiming “We don’t have anything against lesbians or homosexuals.”

Yet many would disagree with Klein. Refusing to sell a wedding cake to a lesbian couple because it will be used for a same sex wedding is discrimination, plain and simple. And it is hard to see how refusing the business of gay customers is not anti-gay.

Oregon law bans discrimination against gay, lesbian, bisexual and transgender people in jobs and in places that serve the public, such as restaurants and bakeries 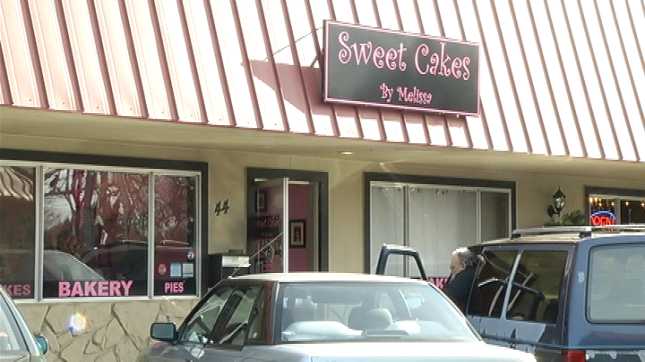