A Christian pastor in Arizona is publicly calling for gays to be stoned to death, and is angry that other pastors are not following God’s command “to kill the gays.”

In a recent sermon Pastor David Berzins of Word of Truth Baptist Church condemned all those who would refuse to endorse God’s call to kill the gays. In particular, Berzins was angry with a fellow pastor who had refused to endorse far-right pastor Steven Anderson’s call for death to LGBT people.

Bezrin and Anderson both argue that Christians should follow God’s command, as stated in Deuteronomy, that gays be put to death.

Bezrin railed against a fellow Baptist pastor who dared to shy away from the Biblical commandment that gays be stoned to death. The following is a partial transcript of Bezrin’s rant, via Friendly Atheist:

I like the guy [who wanted to be removed from the directory]. He’s a Christian, he’s saved, he does soul-winning, he believes in a King James Bible, it’s a Baptist church. Independent Fundamental Baptist church.

He believes homosexuality is wickedness, and he preaches against it.

But just because they don’t believe that [homosexuals] should be stoned, which — I think it’s very clear… Look, God came up with the laws of the Old Testament! They’re breathed by the Lord. And if you think that you know better on how to run a country than God has ordained, you think your laws are better…

When you choose to be disassociated and break fellowship with a fellow Christian or a fellow church over something like that, you are just giving the enemy that much more ground and you’re letting them win… Now look, if you think they shouldn’t be put to death, fine. If you don’t think that should be the government’s role, but you believe the Bible and you’re against homosexuality, this is not a cause to break fellowship over… Don’t break fellowship with someone who simply believes that Leviticus 20:13 should be in application in our government today.

… Now, you’re gonna break fellowship over fellow Christians over this issue because you’re too scared! Because you’re scared about retaliation from these perverts! Don’t be scared! They’ve vile and wicked and you need to be standing up and standing together…

Berzins and Anderson are not the only Christian leaders calling for the death of gays and lesbians. It is a message that is frequently heard in small, and not so small, Christian fundamentalist congregations across the country, and around the world.

Last year a megachurch pastor made headlines after telling his huge congregation that “gays must be put to death” because God commands it.

Claiming that being gay is a choice like drug abuse, the senior pastor for a megachurch in Tennessee, Brainerd Baptist Church Senior Pastor Robby Gallaty, told his large congregation that Christians should never stop discriminating against homosexuals, claiming that gays could choose to be straight if they only accept Jesus Christ as their Lord and Savior.

Gallaty explained why gays should be put to death, using the same logic, and the same Biblical reference, Berzins and Anderson use:

God said that the sins of the people had infected the very land in which they live. So what happens to people who engage in this activity, this sexual immoral activity? Go to Leviticus 20, God gives us the punishment for engaging in these sins… ‘If a man sleeps with a man as with a woman, they have both committed a detestable thing. They must be put to death. And their blood is on their own hands.’

Pastor Gallaty, like Pastor Anderson, and Pastor Berzins, and many other Christians, use the Bible and their Christian faith to justify their hatred for gays and lesbians. Such people are dangerous individuals. Their perverse religious superstitions allow them to advocate for death and discrimination against those they do not like and do not understand. 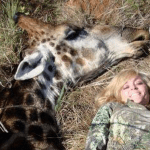 April 16, 2015 Vatican backed exorcism threatens the mental health of the vulnerable
Recent Comments
0 | Leave a Comment
Browse Our Archives
get the latest from
Progressive Secular Humanist
Sign up for our newsletter
POPULAR AT PATHEOS Nonreligious
1