Republican Rep. Marsha Blackburn claims Christians in the U.S. are being persecuted, yet when a reporter asks Blackburn for examples, she could not name one.

Speaking at the South Carolina Freedom Summit earlier this week, Blackburn told reporters that American Christians face persecution. But when a journalist pressed Blackburn for examples of supposed Christian persecution in the U.S., Blackburn could not cite one example.

Can you be specific about the instances in which you feel that Christians are being persecuted?

You know, there have been several lately. There have. Um. I can’t give you a specific (pause) right off the cuff. I’m sorry.

It is no secret that conservative Christians often promote the false narrative that Christians are being persecuted in the U.S. Yet the fact is there is no persecution of Christians in the U.S. There is a church on every corner, and a televangelist on every channel, all spreading the good news of the gospel as they hustle the gullible and ignorant for fun and profit.

However, Christian extremists are waging a war on the U.S. Constitution and the secular values upon which this nation was founded, with Republicans leading the charge.

Rep. Blackburn is but a foot soldier in the war on American secular values, and a fairly inept one at that. 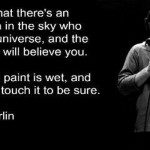 May 12, 2015
Celebrating George Carlin: A Collection of Memes and Videos
Next Post 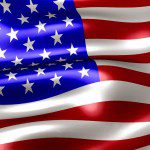 May 13, 2015 Good News: Christianity Suffers Steep Decline in U.S.
Recent Comments
0 | Leave a Comment
Browse Our Archives
get the latest from
Progressive Secular Humanist
Sign up for our newsletter
POPULAR AT PATHEOS Nonreligious
1