GOP Jesus and the Paradox of the Perverse Christian Ammosexual

GOP Jesus and the Paradox of the Perverse Christian Ammosexual June 22, 2015 Michael Stone

American Christians often fail to understand or live by the teachings of Christ, and nothing makes this more apparent than the perverse pleasure many Christians take in owning guns.

Anyone familiar with the teachings of Christ as presented in the New Testament should understand that one of the main tenets of Christianity is nonviolence and pacifism.

Christ explicitly instructs his followers to “turn the other cheek.” Not only does Christ preach a message of nonviolence, according to the New Testament he lived that message: Christ’s crucifixion is the ultimate endorsement of nonviolence.

Perhaps the clearest articulation of the pacifism and nonviolence that Christians are called to live and practice appears in the Sermon on the Mount, where Jesus says:

You have heard that it was said, ‘An eye for an eye, and a tooth for a tooth.’ But I say to you, do not resist an evil person; but whoever slaps you on your right cheek, turn the other to him also. If anyone wants to sue you and take your shirt, let him have your coat also. Whoever forces you to go one mile, go with him two. Give to him who asks of you, and do not turn away from him who wants to borrow from you. You have heard that it was said, ‘You shall love your neighbor and hate your enemy.’ But I say to you, love your enemies and pray for those who persecute you. (Matthew 5:39-44)

More recently, Pope Francis declared that people who manufacture weapons or invest in weapons industries are hypocrites if they call themselves Christian.

An obvious question occurs in light of these results: How do such Christians reconcile their stalwart commitment to the Second Amendment with their belief in a gospel that preaches nonviolence? The Christian Lord allowed himself to be crucified rather than fight the injustice of the death sentence imposed on him.

There is no satisfactory answer to Miller’s question save one: Some Christians are hypocrites, and ignore the teachings of Christ when it is convenient.

The fact that many Christians are hypocrites should come as a surprise to no one. Indeed, it seems that there are very few Christians who take seriously their commitment to Christ and his teachings as set forth in the New Testament, given the fact that the vast majority of Christians fail to honor not only Christ’s teachings concerning nonviolence, but also disregard Christ’s teachings concerning the treatment of poor and the evils associated with the acquisition of wealth.

Christian hypocrisy aside, as a nation we live with and tolerate a culture of gun violence. All the while any proposal to enact sensible reform to curb gun violence is squashed by the the NRA and the attending all powerful gun lobby.

Of course, not all ammosexuals are Christians. Atheists and other non-Christians are also seduced by the irrational call of the gun, and many suffer from the affliction of ammosexuality, attempting to compensate for personal inadequacies both real and imagined.

Bottom line: Not all gun owners are ammosexuals, but America has a fetish for guns, and that fetish for guns is bigger than the fetish for Jesus, which is at once both remarkable, and perverse. 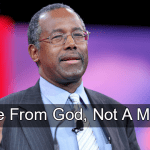