Majority of Americans Reject Claim US is a ‘Christian Nation’

Good news: Most Americans reject the claim that the United States is a “Christian nation.”

According to a new report issued by the Public Religion Research Institute (PRRI), most Americans don’t believe the U.S. is a Christian nation.

PRRI reports on the survey data:

Put another way, the data shows:

Also regrettable is the fact that some Americans believe that the United States not being a Christian nation is a bad thing.

Of particular significance, the survey results show a dramatic break along generational lines, with younger and older Americans disagreeing sharply over the importance of being a Christian to what it is to be an American:

We see a stark shift across the generations when it comes to defining what makes someone truly American. Young adults are roughly half as likely as seniors to say that being Christian is an important part of the American identity. Young adults are also much less likely to believe the U.S. is a Christian nation, an idea largely embraced by older Americans.

On the whole, the survey results are good news, and indicate that the idea that the United States is a Christian nation is losing appeal, despite the best efforts of conservative Christians determined to rewrite American history.

Yet the results also show there is much work to do. Too many Americans believe that being a Christian, or believing in God, is an important part of the American identity. However, the secular values upon which this nation was founded indicate otherwise.

Of course in an ideal world there would be no connection between religious superstition and what it is to be an American. 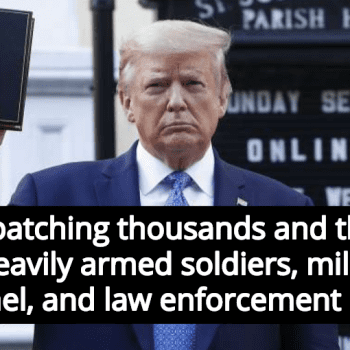 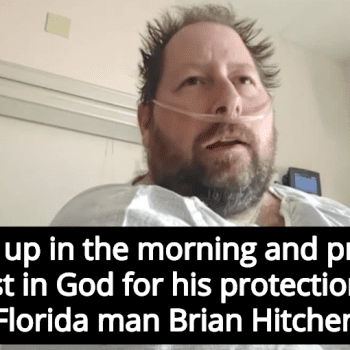