Claiming homosexuality is an “abomination,” a Catholic Bishop from Switzerland uses Leviticus to justify the death penalty for gays and lesbians.

In a disturbing lecture delivered last week, Vitus Huonder, the controversial Catholic Bishop of Chur located in eastern Switzerland, told a cheering audience in Germany that gays should be punished with death.

In a 50-minute address titled “Marriage – a Gift, Sacrament and Order” delivered at the “Joy in Faith” forum in the German city of Fulda, Bishop Huonder quoted various Biblical passages backing up his views that homosexuals should be punished by death.

Swissinfo reports the 73-year-old bishop quoted two verses from the book of Leviticus, including Leviticus 20:13:

If a man also lie with mankind, as he lieth with a woman, both of them have committed an abomination: they shall surely be put to death; their blood shall be upon them.

Swissinfo goes on to report that in response to the applause for his despicable anti-gay rhetoric, Bishop Huonder continued:

Both of these passages alone suffice to clarify unambiguously the church’s position on homosexuality.

Which is worse:  the fact that Bishop Huonder would cite biblical passages advocating the death penalty for gays, or the fact that a room full of conservative Catholics would cheer such open and dangerous anti-gay hate speech?

The sad fact is that Bishop Huonder is not the only high placed catholic leader spewing anti-gay bigotry. In April of 2014 the Right Reverend Charles Wamika, Bishop of the Diocese of Jinja, praised the Ugandan Parliament for an Anti-Homosexuality Act that mandated  life in prison for those found guilty of being gay or lesbian.

Without compassion, and with a malignancy only a profound religious superstition can sustain, Bishop Wamika encouraged parents to turn over their gay and lesbian children to government authorities for re-education and imprisonment.

Another example, in October of 2014 Catholic Archbishop Lewis Zeigler of Monrovia declared that the Ebola epidemic was a punishment from God for the act of homosexuality.

As for Bishop Huonder, after a great deal of public outrage, including the Swiss LGBT group Pink Cross demanding a public apology for the controversial hate speech, Huonder claimed he was misunderstood, but refused to apologize.

August 7, 2015 Fourth Atheist Blogger Assassinated In Bangladesh
Recent Comments
0 | Leave a Comment
Browse Our Archives
get the latest from
Progressive Secular Humanist
Sign up for our newsletter
POPULAR AT PATHEOS Nonreligious
1 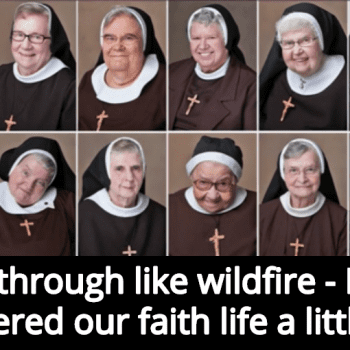