In a disturbing new video, innocent Muslim children are taught the value and importance of being a martyr while attending a summer camp in Israel.

In the video an Islamic cleric is seen preaching and praising martyrdom to a group of Muslim children, explaining the benefits of martyrdom, including the promise of virgins in the afterlife.

The video, released July 27, 2015, by the Middle East Media Research Institute (MEMRI), shows Sheik Khaled Al-Maghrabi preaching martyrdom to children on the streets of the Old City of Jerusalem.

The following is an excerpt from Islamic cleric Khaled Almaghrabi’s message to the group of innocent children:

These three privileges are granted to the martyr. Let’s repeat them: First of all, he is absolved with the first drop of his blood. Secondly, he is married off to two virgins of Paradise. Thirdly, he gets to vouch for seventy members of his family. In the same hadith, the Prophet mentions the murabit. Today we are all murabiteen at the gates of the Al-Aqsa Mosque, because they prevented us from going in. What does the Prophet say about the murabit? He will be married off to seventy virgins of Paradise. The martyr gets two virgins of Paradise, but the murabit gets seventy – 35 times more than the martyr.

In the video the children are also led in chants in praise of martyrdom and an obligatory round of the anti-semitic “Khaybar, Khaybar, Oh Jews.”


One good thing in the video is that a bystander has the courage to step forward and scold the Islamic cleric for poisoning the minds of children, explaining that he should not be teaching children such dangerous nonsense. The following is an excerpt from that exchange:

Passerby: Listen, sheik, they do not understand what you are saying. They are children… You are talking to them about ribat, martyrdom, and the virgins of Paradise… Shame on you.

Passerby: You can teach these lessons to [adults] like us, not to them. Look at these children. Look at what you are planting in their minds…

Khaled Al-Maghrabi: May Allah reward you…

Passerby: Shame on you!

The children were supposed to be attending Al-Maghrabi’s summer camp at the Al-Aqsa Mosque, however they were prevented from entering the compound because of riots, and were forced to conduct their lessons in the street.

Tensions are particularly high in Israel right now: earlier this week a Palestinian toddler was burned alive in a firebombing by suspected Jewish extremists. 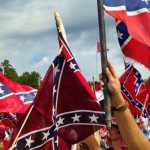 Telic vs Atelic Activities
I wrote a piece yesterday looking at happiness, the meaning of life,...