Some anti-abortion Christian conservatives are celebrating the shooting at a Colorado Planned Parenthood that left three people dead and nine others injured.

Calling the shooter, Robert Lewis Dear, a hero for attacking the Planned Parenthood clinic in Colorado Springs, Colorado, some social conservatives came out on social media to declare their support for what appears to be a terrorist attack inspired by anti-abortion propaganda promoted by the GOP and Christian conservatives.

The following is a selection of depressing if not surprising social media posts praising the Planned Parenthood shooting:

No sympathy for any pregnant female who was injured in the Planned Parenthood shooting that was there to get an abortion. She deserved it. — Ryan (@SlyFlyAndHigh) November 27, 2015

planned parenthood kills a million babies and no one bats an eye. but 1 brave hero tries to put a stop to that, everyone loses their minds 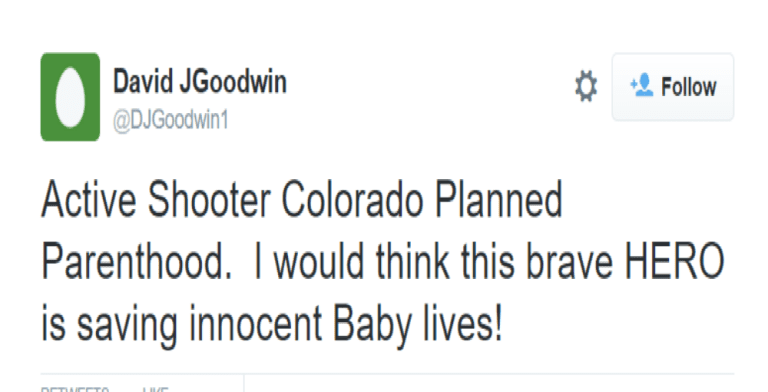