A Georgia mother who used her sincerely held religious beliefs to justify the horrific abuse of her adopted teen daughter could face more than 400 years in prison after being found guilty on 28 counts of child abuse.

Earlier today, November 23, Diana Franklin was found guilty of 19 counts of cruelty to children, 8 counts of false imprisonment, and 1 count of aggravated assault.

According to court records, Franklin used starvation, a shock collar, and prolonged confinement in a chicken coop to punish her adopted teen daughter.

Earlier this month the teen testified about the horrific abuse she endured during the six years she spent in the custody of Diana and Samuel Franklin.

The devout Christian couple was homeschooling their adopted daughter, and believed the Bible justified their harsh treatment of the teen.

Diana Franklin’s husband, Samuel Franklin, is set to stand trial in December, and is accused of sexually abusing his adopted teen daughter.

ABC reports that in court state workers described how Diana Franklin forced her adopted daughter to live in a hot shed with no air conditioning, locking her in for weeks at a time. They also accused the woman of depriving the child of food, forcing her to read and write Bible verses as punishment, cut her hair as punishment, forced her into a chicken coop, and more.

When confronted by concerned neighbors about the harsh treatment, Diana Franklin said that she was “doing what the Bible says” by punishing the girl for not doing chores the “right way.”

The 15-year-old victim told authorities her adoptive parents made her spent days locked inside a small outhouse and chicken coop, wearing a shock collar as punishment for not doing her school work. Other reports indicate the girl was forced to live on bread and water for days on end as punishment.

During her testimony, the teen described being locked in various outbuildings on the family’s property when she was menstruating. She was allowed to wear only a shirt, and no under garments during this time.

Defense attorney Kevin Bailey argued Franklin was raising her adopted daughter in accordance with her religious beliefs. However, the jury disagreed with the religious defense, and took only two hours to convict Franklin on all charges.

Franklin could face a sentence of more than 400 years in prison and is expected to be sentenced on Dec. 8 at 11 a.m. 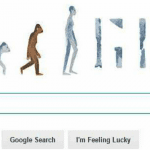 November 24, 2015 Google Doodle Celebrating Evolution Makes Christians Mad
Recent Comments
0 | Leave a Comment
Browse Our Archives
get the latest from
Nonreligious
Sign up for our newsletter
POPULAR AT PATHEOS Nonreligious
1