Prayers are not the answer. In fact, prayers are the problem.

While some pray for Paris after the attack, the prayers of the terrorists and their supporters were answered with the attack.

The fact is, for the Islamic terrorists, and those extreme Muslims who support the terrorists, the death and destruction in Paris is an answer to their prayers, and serves as a validation of their faith.

Perhaps even more damning, those Christians and moderate Muslims who are praying for the victims of the terrorist attacks are praying to the same God, the God of Abraham, that the terrorists and their supporters worship.

The uncomfortable truth is that this God that both terrorists and non-terrorist alike beseech with their prayers is useless, or worse.

Of course, the uncomfortable truth, a truth that many simply cannot accept, is that God does not exist, and prayers are futile gestures of the desperate and the confused.

If not prayer, if not religion, what are we to do?

Instead of prayer we must stand against religious extremism. To defy the terrorists we must embrace our shared humanity. We must rise above the religious superstitions that divide us. We must be honest with ourselves and our communities.

We must be willing to confront the challenge of Islamic extremism without demonizing individual Muslims, and without making excuses for the horror and terror committed in the name of Islam.

We must challenge the hypocrisy of so-called progressives who will scream about Kim Davis refusing to give a marriage license to a same-sex couple in Kentucky, but remain silent while gays and lesbians are executed in the name of Islam in the Middle East.

Whether it be Muslim extremists hating the freedom and liberalism of the West, or Christian extremists hating homosexuals in Kentucky, there’s a lot of hate that comes with following ancient and discredited dogma.

We must transcend that hate.

Bottom line: Religion divides us. We must reject religious extremism, and embrace our common humanity.

Joann Sfar, a French cartoonist at Charlie Hebdo, asks us not to pray for Paris:

“Friends from the whole world, thank you for ‪#‎PrayforParis‬, but we don’t need more religion! Our faith goes to music! Kisses! Life! Champagne and Joy! ‪#‎ParisisaboutLife‬“

November 15, 2015 Good News: Thousands Resign From Mormon Church
Recent Comments
0 | Leave a Comment
Browse Our Archives
get the latest from
Progressive Secular Humanist
Sign up for our newsletter
POPULAR AT PATHEOS Nonreligious
1 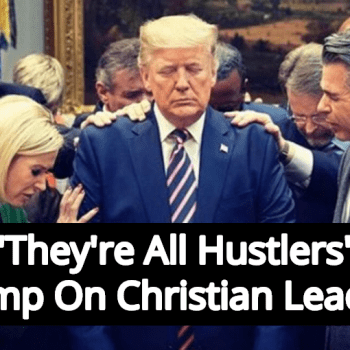 The Presidential Debates - What the Heck Did...
Screen cap from Jill Rodrigues Instagram page. Dear Jill, how on earth...
view all Nonreligious blogs
What Are Your Thoughts?leave a comment
Copyright 2008-2020, Patheos. All rights reserved.