Bill Maher: Is Obama Avoiding Me Because I’m An Atheist?

Bill Maher: Is Obama Avoiding Me Because I’m An Atheist? January 16, 2016 Michael Stone

Bill Maher asks President Obama to respect “the Godless,” and wonders if his atheism is preventing Obama from appearing as a guest on his show, HBO’s Real Time With Bill Maher.

On last night’s Real Time, Maher made a plea to his audience to sign a petition asking Obama to appear on his popular program, and wondered why Obama had been avoiding his program, while making appearances on everyone else’s program.

At one point Maher asks:

Is it the atheist thing? I know that’s a political “third rail,” to sit down with the Godless, but you know what? Atheists-slash-Agnostics-slash-We Just Want to Sleep in on Sundays is now the second biggest demo in the religious survey! 23% of Americans! Yeah! Don’t we get some respect?

The official White House petition asking President Obama to appear on HBO’s Real Time with Bill Maher has taken off, and currently has over 40,000 of the required 100,000 signatures. The petition reads:

Herewith, on the occasion of Bill Maher’s 60th birthday, we the people, especially viewers of Real Time with Bill Maher, respectfully request that President Obama appear on Real Time and thereby honor that particular audience (and their support for him), as he has so honored the viewers of so many other TV shows and media outlets; or if not, to please, respectfully, tell us why.

Obama should do the show. Maher is smart and funny, and the conversation would be entertaining and informative. 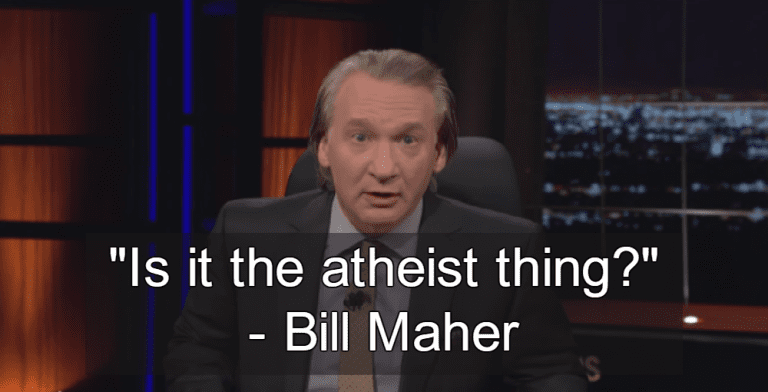 January 15, 2016
Pakistan: Teen Amputates Own Hand For Crime Of Blasphemy
Next Post

January 16, 2016 Report: Black Lives Don’t Matter To White Christians
Recent Comments
0 | Leave a Comment
"And JC said, starve the little chidren, for as much as you do it unto ..."
David Cromie Fox News Guest: Children Don’t Deserve ..."
""....are there no work houses....""
Erik1986 Fox News Guest: Children Don’t Deserve ..."
"Tsarist Russia was anything but a free market, and neither was the aristocratic system in ..."
Person223 Fox News Guest: Children Don’t Deserve ..."
"The right of males to reproduce, rendering a woman's reproductive organs chattel, disregarding the whole ..."
Anon E Moss New Legislation In Tennessee Would Allow ..."
Browse Our Archives
get the latest from
Nonreligious
Sign up for our newsletter
POPULAR AT PATHEOS Nonreligious
1