In a bizarre bit of guerrilla theater The Satanic Temple crashes an anti-abortion rally to expose the hypocrisy of “fetal idolatry.”

The action was intended to expose fetal idolatry and the perpetuation of fictional, coercive propaganda against the reproductive health organization. The Satanic Temple (TST) believes that the anti-choice movement’s obsession with, and mischaracterization of the fetus obscures medical reality and a woman’s constitutional right to choice. Enlarged images of fetuses which are no larger than an inch and the personalization of mindless, senseless human embryos elevates the fetus to the status of a demigod.

… The strategy of elevating tiny human em­br­yos and fetuses to a rever­ence creates a fantasy in which the maternal body is both erased and criminalized.

At that protest members held an American flag emblazoned with The Satanic Temple’s logo, along with a sign reading:

America is not a theocracy. End forced motherhood!

It is important to note that The Satanic Temple  does not worship a literal Satan, or even believe in Satan’s existence; instead, the group is dedicated to upholding the First Amendment’s protection of religious freedom for all, while opposing the theocratic impulse of anti-abortion Christian conservatives.

Bottom line: The Satanic Temple deserves credit for naming the fetish of the fetus that animates the anti-abortion crowd, and pushing back against the false and coercive propaganda deployed against Planned Parenthood by conservative Christians. 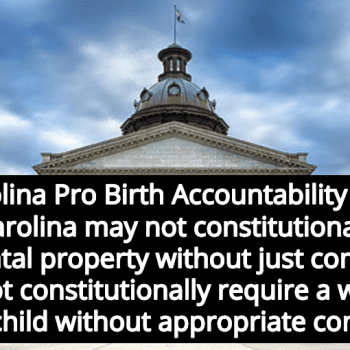 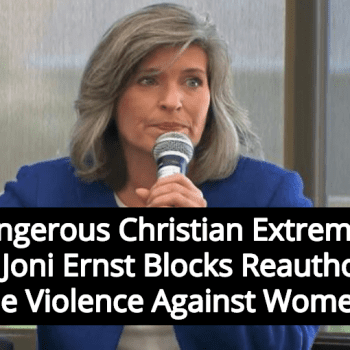 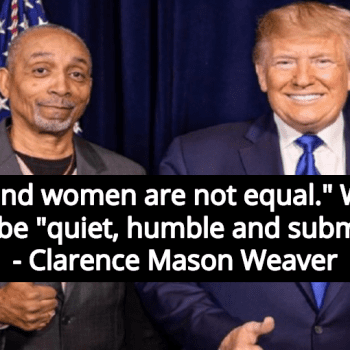