Lawrence Krauss: ‘All Scientists Should Be Atheists’

Lawrence Krauss: ‘All Scientists Should Be Atheists’ July 12, 2016 Michael Stone

“Scientists have an obligation not to lie about the natural world.” – Lawrence Krauss.

In an essay for The New Yorker titled “All Scientists Should Be Militant Atheists” Lawrence Krauss makes a powerful argument for science and against the urge to protect religious superstition from scrutiny.

The Kim Davis controversy exists because, as a culture, we have elevated respect for religious sensibilities to an inappropriate level that makes society less free, not more. Religious liberty should mean that no set of religious ideals are treated differently from other ideals.

Krauss dismisses the demand that many make for respecting religious superstitions by noting the obvious:

The problem, obviously, is that what is sacred to one person can be meaningless (or repugnant) to another.

Krauss is correct. What is a sacred commandment or belief for one is another’s moral abomination. One need only be reminded of the sexism and misogyny woven into the fabric of all three of the Abrahamic religions to understand why many would find the supposedly sacred to be morally repugnant. The refusal by Kim Davis to issue marriage licenses to gays and lesbians is another example, and there are of course many more.

In science, of course, the very word “sacred” is profane. No ideas, religious or otherwise, get a free pass. The notion that some idea or concept is beyond question or attack is anathema to the entire scientific undertaking. This commitment to open questioning is deeply tied to the fact that science is an atheistic enterprise.

Krauss observes that science is inherently dangerous to religion because scientific understanding often draws people away from religion:

Because science holds that no idea is sacred, it’s inevitable that it draws people away from religion.

Yet the uncomfortable fact that science often has the effect of exposing religious superstitions as irrational and ultimately untenable beliefs about the world means that the culture of science often panders to the faithful by sugar coating the truth about the natural world:

Even so, to avoid offense, they sometimes misleadingly imply that today’s discoveries exist in easy harmony with preexisting religious doctrines, or remain silent rather than pointing out contradictions between science and religious doctrine.

Krauss rejects the misleading fabrication that science and religious dogma are compatible, at one point declaring:

Scientists have an obligation not to lie about the natural world.

In concluding, Krauss sees a direct link “between the ethics that guide science and those that guide civic life.” Arguing that honesty should take priority over religious dogma, Krauss says “we owe it to ourselves and to our children not to give a free pass” to those “that endorse, encourage, enforce, or otherwise legitimize the suppression of open questioning in order to protect ideas that are considered ‘sacred.’”

Bottom line: Krauss is right, all scientists, and all thinking people, should be atheists.

Lawrence Krauss is a physicist and director of the Origins Project at Arizona State University. He is also the author of The Physics of Star Trek and A Universe from Nothing: Why There Is Something Rather than Nothing.

July 12, 2016
Florida Woman Crashes Into Home After Closing Eyes To Pray While Driving
Next Post

July 13, 2016 Jill Stein Promotes Homeopathy, Panders On Vaccines
Recent Comments
0 | Leave a Comment
"“Lord, would you allow Donald Trump to have a second term as president of the ..."
llDayo Delusional Michele Bachmann Begs God To ..."
"https://media3.giphy.com/me..."
Tuxedocat Televangelist: Those Loyal To God Must ..."
"Previously Bachmann claimed that “transgender Marxists” are “seeking to overthrow” the U.S. government, just like ..."
johnsoncatman Delusional Michele Bachmann Begs God To ..."
"We are in the Laodicean Era of the Church of God because of their sins ..."
Barbara Barnes Televangelist: Those Loyal To God Must ..."
Browse Our Archives
get the latest from
Progressive Secular Humanist
Sign up for our newsletter
POPULAR AT PATHEOS Nonreligious
1 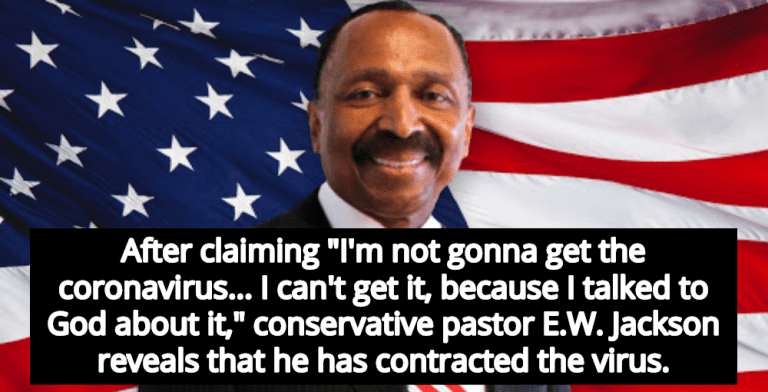 Why Is Covid Skepticism a Characteristic of the...
I was going to write a big article on this, but this...
view all Nonreligious blogs
What Are Your Thoughts?leave a comment
Copyright 2008-2020, Patheos. All rights reserved.