Earlier today presumptive Republican presidential nominee Donald Trump named Indiana Governor Mike Pence as his running mate. Pence is Sarah Palin without the charisma, a conservative Christian nightmare who rejects the separation of church and state, and places his Christian faith above the U.S. Constitution.

Pence is fond of saying he is “a Christian, a conservative, and a Republican, in that order,” and has repeated the self-description often. He is a dangerous religious extremist who dreams of a Christian theocracy.

Indeed, Time reports Pence has a long history of demeaning gays and promoting discrimination against the LGBT community. In the past, Pence has claimed that gay couples signal “societal collapse;” opposed a law that would prohibit discrimination against LGBT people in the workplace; opposed the repeal of Don’t Ask, Don’t Tell; and, more recently, he rejected the Obama administration directive on transgender bathrooms.

Yet Pence’s faith based hatred for the LGBT community is only the beginning of his deranged agenda.

Pence is anti-women. Pence supports so-called personhood bills that would criminalize abortion nationwide. In addition, Right Wing Watch reports Pence has spearheaded congressional efforts to defund Planned Parenthood, even if it meant shutting down the government; signed anti-abortion measures into law in Indiana; and rallied opposition to President Obama’s effort to roll back prohibitions on stem-cell research.

Pence is anti-science, and refuses to accept evolution or climate change.

On the February 21, 2014, edition of MSNBC’s The Daily Rundown, host Chuck Todd asked Pence if he is “convinced that climate change is man-made.” Pence responded: “I don’t know that that is a resolved issue in science today.” Moments later, Pence added: “Just a few years ago, we were talking about global warming. We haven’t seen a lot of warming lately. I remember back in the ‘70s we were talking about the coming ice age.” Pence similarly stated on the May 5, 2009, edition of MSNBC’s Hardball that “I think the science is very mixed on the subject of global warming,” as ThinkProgress noted. However, according to NASA: “Multiple studies published in peer-reviewed scientific journals show that 97 percent or more of actively publishing climate scientists agree: Climate-warming trends over the past century are extremely likely due to human activities.”

Pence also refuses to accept evolution. Confronted by Hardball host Chris Matthews in 2009 on evolution, Pence obfuscated on the issue, made appeals to God, and ultimately refused to acknowledge the scientific truth of evolution:

MATTHEWS: Okay, you want to educate the American people about science and its relevance today. Do you believe in evolution, sir?

PENCE: Do I believe in evolution? I embrace the view that God created the heavens and the earth, the seas and all that’s in them.

MATTHEWS: Right. But do you believe in evolution as the way he did it?

PENCE: The means, Chris, that he used to do that, I can’t say. But I do believe in that fundamental truth.

Bottom line: Pence is a dangerous religious extremist. If given the chance, Pence would make the United States a Christian theocracy. 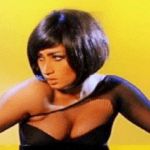 July 16, 2016 Qandeel Baloch: Pakistani Star Victim Of Honor Killing
Recent Comments
0 | Leave a Comment
Browse Our Archives
get the latest from
Progressive Secular Humanist
Sign up for our newsletter
POPULAR AT PATHEOS Nonreligious
1

How to evade unjust abortion laws by reciting...
What's good for the true believer is good for the heathen. Satatic...
view all Nonreligious blogs
What Are Your Thoughts?leave a comment
Copyright 2008-2020, Patheos. All rights reserved.