Earlier this week, Matt Wilbourn, founder of the Muskogee Atheist Community, wanted to donate $100 to the Murrow Indian Children’s Home because he appreciated the work they did, even though they were a Baptist-run organization.

Friendly Atheist reports that after Wilbourn made his donation he filled out a required form, and on that form indicated that the donation would be made on behalf of the Muskogee Atheist Community (which he and his wife Keli co-founded).

And that should have been the end of the story: Nice people doing what they can to help kids.

However, later Wilbourn received a call from the children’s home saying they couldn’t accept his money because “it would go against everything they believe in.”

The Murrow Indian Children’s Home refused the $100 donation because it was made in the name of an atheist group.

In response, Wilbourn launched a fundraiser for the children’s home. The GoFundMe campaign quickly went viral. Atheists, Christians, and others all donated money to help the kids in need, and make the point that when it comes to kids in need, we should all be able to come together regardless of religious belief, or lack thereof.

The Murrow Indian Children’s Home is described on their website as a 501(c)3 nonprofit residential facility exclusively for American Indian children who are in out-of-home placement due to abuse or neglect.

Their mission is described thus: “…to provide a safe nurturing environment, spiritual foundation, and cultural experiences to Native American Children in crisis.”

Yet despite claiming to care for children, they want none of the $28,000 that Wilbourn has raised.

The Murrow Indian Children’s Home said they “appreciate the generosity of Mr. and Mrs. Matt Wilbourn for their thoughtful donation” but their “decision is not about money or personal matters,” adding:

In other words, the donation was declined, and needy children were deprived, because of senseless and ultimately mean-spirited religious dogma.

In a press release the children’s home tried to justify not taking money from atheists to help children, claiming that doing so would somehow compromise their own mission:

The Murrow Indian Children’s Home was founded on Biblical principles over 100 years ago by a Baptist Missionary.

Those Biblical principles include believing and trusting in the Trinity; God the Father, Jesus the Son, and the Holy Spirit.

To accept money for an advertisement which would indicate “In Honor of the Muskogee Atheist Community” in the advertisement, would be contrary to those Biblical principles upon which we at Murrow stand. We are Christians, believing in God, Jesus and the Holy Spirit.

We appreciate the generosity of Mr. and Mrs. Matt Wilbourn for their thoughtful donation to the Murrow Children’s Home. This decision is not about money or personal matters. It is solely about our religious beliefs and Honoring God our Father.

Mr. Wilbourn asked that his donation be noted in the ad, “In Honor of the Muskogee Atheist Community”. Murrow cannot Honor the Atheist non-belief in God our father, and Honor God our Father under our Biblical principles. Those two positions are totally opposite of each other. Therefore, we must respectfully decline the donation and the request to Honor the Atheist Community with the donation in an advertisement for a Murrow fundraising event.

Once again, we thank the Wilbourns’ for their generosity to Murrow and we understand their rights to their beliefs. We also hope that in turn the Muskogee Atheist Community and the Wilbourns’ will respect the Biblical principles of the Murrow foundation for over 100 years and understand why our principles are different and that we must Honor our God.

Cierra Lunde, president of Secular Sooners, the only Atheist/agnostic group at the University of Oklahoma, says she is appalled at the rejection of the money based on its origin:

Does this charity really exist for the benefit of the children or to satisfy their ideological purity? How can they look needy children in the eye and tell them that this money is unacceptable because the donor holds beliefs that differ from their own?

As for Wilbourn, he left the following message after closing the GoFundMe campaign:

Thank you everyone, all over the world for your support and donations. We exceeded our goal by just a few dollars and have decided how it will be allocated. We will donate $5,106.47 to the Murrow Indian Children’s Home in Muskogee, Oklahoma. The rest of the money will go to Camp Quest Oklahoma. Seeing as how this is my first venture on GoFundMe, I don’t know the exact amount that will be going to Camp Quest Oklahoma due to the more than $3,500 in taxes and fees that are being taken out by GoFundMe. All of you have proven that love wins over bigotry. Thank you!

On an earlier post to the GoFundMe campaign page Wilbourn said:

We are going to give all but $5,000 of the money to Camp Quest Oklahoma. The remaining $5,000 will be anonymously donated to the Murrow Indian Children’s Home. If they find out that I’ve said this and they know that it’s me anonymously donating it and they still won’t accept it, we will donate it to a local church who will then donate it to them. We’ve had support from churches all over this nation today and I’m sure that one of them would be glad to donate the money to Murrow and I trust that they will. Whether the Murrow Home likes it or not, they are getting $5,000 for those children from all of this. Keli and I would like to thank everyone for their donations and support. We will continue to let the GoFundMe account rise until it stops.

So it looks like one way or another the kids at the Murrow Children’s Home will benefit from the donations raised by the atheists. But in addition, it looks like kids from Camp Quest Oklahoma will also benefit.

The fact that the Baptist children’s home would deprive needy children of resources simply because those resources are being provided by atheists is a sad testament to the perverse and grotesque power of religious superstition.

Yet despite the mean-spirited ignorance of those running the children’s home, a great deal of money was raised for kids in need, which is always a good thing. 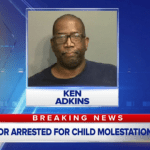 August 27, 2016 Christian Terrorist Charged With Plotting Mass Shooting
Recent Comments
0 | Leave a Comment
Browse Our Archives
get the latest from
Progressive Secular Humanist
Sign up for our newsletter
POPULAR AT PATHEOS Nonreligious
1