Earlier this month, Kohn tried to shame Republican presidential candidate Donald Trump after he advocated for “extreme vetting” of Muslim immigrants and a ban on those who would have Sharia law supersede American law.

Trump’s ridiculous notion of “extreme vetting” is laughable, given the fact that he and many of his supporters would fail the process that would “attempt to establish whether applicants’ beliefs match US values on gay rights, gender equality and religious freedoms, among others.”

However, by targeting Trump for well deserved ridicule, Kohn goes too far, and suggests that Sharia law is really “progressive.”

Hey @realDonaldTrump, many *progressive Muslims* — the ones we should support in ideological fight against extremism — believe in Sharia!!

Hey @realDonaldTrump, many *progressive Muslims* — the ones we should support in ideological fight against extremism — believe in Sharia!!

Mediaite reports the backlash was swift to Kohn’s suggestion that Sharia law could be “progressive.” In response to the tweet, a satirical petition on Change.org was started calling for CNN to send Kohn without body guards to a country that follows Sharia law, to see how she would fare as an out and proud lesbian in a society ruled by Sharia law.

Yet despite the well deserved backlash, Kohn doubled-down on her misguided and dangerous attempt to put a happy face on Sharia law.

In  an opinion piece on the subject for CNN titled Trump doesn’t understand what Sharia is, Kohn tries to argue that Sharia law is really not that bad by suggesting that “Sharia” means different things to different people.

In the piece Kohn argues:

there is a difference between personal, spiritual Sharia and the political incorporation of Sharia into law. And within both, there are progressive interpretations as well as more fundamentalist conservative interpretations.

In an apparent attempt to muddy the water, Kohn argues that the word Sharia doesn’t mean one thing, and it’s all just subjective.

To prove her point, Kohn references Wajahat Ali, a Virginia-based writer and creative director of Affinis Labs, to explain that Sharia is subjective:

There’s no book called Sharia. You can’t rent it. It’s subject to human interpretation and is malleable, thus explaining how Muslims have existed for 1,400 years in nearly every society.

To show that Sharia law really isn’t all that bad, Kohn shares the following from Raquel Saraswati, a “lesbian feminist Muslim” pushing the happy face agenda:

Essentially any Muslim who is practicing at any level is following some part of Sharia. I don’t drink. I don’t go to clubs. I also pray according to the rules and a whole host of other things. So basically I’m engaging with Sharia every single day.

Kohn’s attempt to sanitize and normalize Sharia law would be funny if it were not so dangerous. The idea that Sharia law is really some sort of  “whatever makes you feel good,” subjective, cafeteria style of commandments that may be obeyed or disregarded at the individual’s whim may be possible in a country like the U.S. where Muslims are a minority and freedom is guaranteed by law and social convention. However, such a happy face, “subjective Sharia,” is simply not possible anywhere in the world where Muslims are the majority, and Sharia is the law of the land.

For example, the fact is, with very few exceptions, all scholars of Sharia law interpret homosexual activity as a punishable offence as well as a sin. The idea that Sharia law is somehow really “subjective,” and that a “lesbian feminist Muslim” would be able to openly exist in a Muslim dominated country without suffering social and legal consequences is simply ludicrous.

In addition to trotting out a couple of “progressive” Muslims living well in the west, Kohn also tries to draw a moral equivalency between Sharia law and conservative Christians. Recognizing the fact that in reality Sharia law often demands death for homosexuals, Kohn declares:

But Fred Phelps, founder of the “God Hates Fags” Westboro Baptist Church, also thought gays should be put to death.

The argument that “Christians are just as bad as Muslims” is a poor one, and not very reassuring, but one often used by liberal, Muslim apologists.

The fact that some Christians favor the death penalty for LGBT people does not minimize or change the fact that such sentiment is always morally reprehensible, no matter what reason or flavor of religious superstition rests behind such sentiment.

Yet a fact that many so-called progressives like Kohn overlooks is that while some Christian extremists do call for a death penalty for LGBT people, such a penalty is not imposed, either informally or formally. However, the unavoidable fact is that the same cannot be said for countries and societies living under Sharia law, where homosexuality is almost always a crime with penalties ranging from imprisonment and torture to death.

The fact that Kohn trots out the Westboro Baptist Church while trying to defend Sharia law perfectly illustrates the hypocrisy and double standard exhibited by the “regressive left.” Quick to condemn a Christian clerk in Kentucky who refuses to issue a marriage license to a gay couple, they remain silent as gays are executed in the Middle East in the name of Islam.

Make no mistake, Kohn was right to ridicule Trump for his immoral, simple-minded, and counter-productive approach to Muslim immigration. But she was wrong to try and minimize the real horrors faced by countless people, in particular women, LGBT, and apostates, currently living under Sharia law.

There’s nothing progressive about being dishonest. Instead of being an ally to those truly marginalized and victimized people suffering under Sharia law, Kohn tried to put a happy face on Sharia to score some cheap political points against Trump and his supporters. And she was wrong to do so.

Bottom line: There is nothing progressive about Sharia. Kohn made a moral mistake to claim otherwise. The fact that Trump is wrong doesn’t make Sharia right. 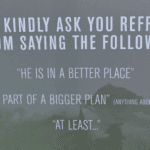 August 29, 2016 Grieving Widow’s Message For Religious Mourners Goes Viral
Recent Comments
0 | Leave a Comment
Browse Our Archives
get the latest from
Progressive Secular Humanist
Sign up for our newsletter
POPULAR AT PATHEOS Nonreligious
1