The U.S. Department of State is calling for an end to blasphemy laws.

It is shocking to note that almost half of the world’s countries have laws and policies that criminalize blasphemy, apostasy, conversion, or so-called “defamation of religion.” These “crimes” are sometimes punishable by death, as is the case in 12 countries, or life imprisonment.

Saperstein goes on to give examples of “ the tragedy and suffering that is often behind these laws,” before concluding:

The task is daunting, but worthwhile because the repeal of blasphemy laws will ultimately, bring about a more free and prosperous world.

Saperstein is right. Blasphemy laws represent an immoral and unjust infringement upon religious liberty and freedom of conscience.

Blasphemy laws violate the human right to freedom of expression; in addition, they protect religious beliefs and practices, as well as religious institutions and leaders, from legitimate, and often necessary, criticism.

And, as Saperstein points out, blasphemy laws often legitimize vigilantism, mob violence, and the persecution of minorities.

Blasphemy is defined as the act of insulting or showing contempt or lack of reverence for a religious deity, or showing irreverence towards religious or holy persons or things. Yet how else is an honest and reasonable person to treat religious ignorance and superstition?

Indeed, for many, a lack of reverence for religious nonsense is a sane and healthy response to the irrational.

Currently it is dangerous in many parts of the world to express the simple fact that there is no convincing evidence for God, or to even draw a picture of a certain holy figure. Such a state of affairs is an affront to humanity, and should be at once both intolerable and repugnant to all good people.

Bottom line: Blasphemy laws are wrong. Freedom of religion, including freedom from religion, as well as freedom of conscience, is a fundamental human right. It’s time to abolish blasphemy laws, and uphold freedom of expression. 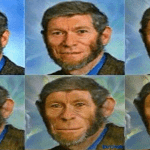 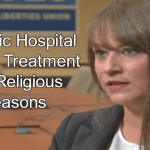 August 25, 2016 Catholic Hospital Turns Away Bleeding Woman With Dislodged IUD
Recent Comments
0 | Leave a Comment
"they shud not rebel agin their master"
Joe Biggs Conservative Christians Reject Science, Ignore Holiday ..."
"god is foremost scientist"
Joe Biggs Conservative Christians Reject Science, Ignore Holiday ..."
"Stop placing your children under the care of the Catholic (or any other) church!!"
kaydenpat NY State Sues Buffalo Diocese For ..."
"If there's anything I've learned about Catholicism, it's that they'll always decide that something which ..."
Astrin Ymris California Bishop Urges Catholics To Reject ..."
Browse Our Archives
get the latest from
Progressive Secular Humanist
Sign up for our newsletter
POPULAR AT PATHEOS Nonreligious
1