In a recent interview with Nightline, Yiannopoulos defended being a troll, calling his trolling “virtuous,” and his way of “doing God’s work.”

The segment describes Yiannopoulos as a “self-proclaimed troll” who “makes a career out of sparking outrage, spreading vitriol at many and helping to legitimize a movement of negativity growing on the internet.”

Are you a troll?

Trolling is very important. I like to think of myself as a virtuous troll, you know? I’m doing God’s work.

If Leslie Jones were right here, would you say, ‘You look like a dude’?

You would say that to her?

Then you’re an idiot.

Moran is correct. Yiannopoulos is an idiot.

Yiannopoulos, a bizarre bastard born from the bowels of the Internet, is an Internet troll extraordinaire who has parlayed bad manners and a thin veneer of faux British intellectualism into a career catering to the alt right.

A gay Catholic, Yiannopoulos attacks atheists, feminists, Muslims, African Americans, and anyone else who threatens his white Christian nationalist agenda.

Currently Yiannopoulos is Breitbart.com’s tech editor, and was recently banned from Twitter after leading an obnoxious and juvenile campaign of racist and sexist harassment against comedian Leslie Jones.

Watch the interview via ABC below – 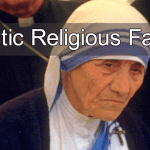 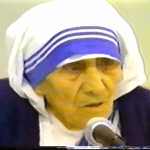