According to multiple reports Dean Frederick Saxton, a.k.a. “Brother Dean,” was arrested this week for assaulting a University of Arizona student during one of his “sermons.”

The Tucson News reports “Brother Dean” has been accused of kicking a woman in the chest and has been banned from the UA campus for one year.

As one might expect, students and faculty at the University of Arizona are celebrating after the obnoxious and annoying street preacher was banned from campus.

A spokesman for the UAPD said Saxton was booked into the Pima County Jail on an assault charge. Bond was set at $641.

According to The Daily Wildcat, conditions for Saxton’s release are that he is not allowed to return to the incident location nor is he allowed to have any contact with the alleged victim.

Friendly Atheist reports Saxton was arrested while holding his Bible and wearing a shirt with the word “homo” crossed out in the front and “God Hates Sin” on the back.

Saxton is a controversial and obnoxious street preacher who has spent years preaching outside Valley high schools and colleges. He is known for denouncing homosexuality and holding signs telling women they deserve rape for not being true Christians, all the while using a megaphone to tell anyone who will listen that they are going to hell.

Last May Saxton was assaulted by an angry woman with a baseball bat while he was preaching outside a local high school. Nineteen-year-old Tabitha Brubaker says she hit Saxton over the head with a baseball bat to stop what she considered “hate speech.”

Brother Dean is a dangerous idiot, a Christian extremist with n o respect for women or anyone else who disagrees with his narrow religious superstitions.

Bottom line: Is it any surprise that a deranged street preacher yelling at women that they deserve to be raped would actually assault a woman when frustrated?

Watch a report via The Daily Wildcat: 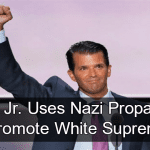 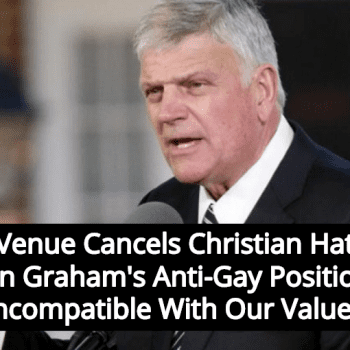