A new poll shows 44% of white evangelicals believe Trump demonstrates “strong moral character,” while only 18% of those with no religion agree.

A recent ABC/WaPo poll confirms what many have long suspected concerning the moral judgement of evangelicals, or lack thereof.

Noting the irony of white evangelicals claiming a man who openly brags about sexually assaulting women has strong moral character, Politico reporter Dan Diamond tweeted out the results of the poll:

Do you think Trump has strong moral character?

When asked “Do you think Trump has strong moral character?” 44% of white evangelicals said yes, while only 18% of those without religion agreed. 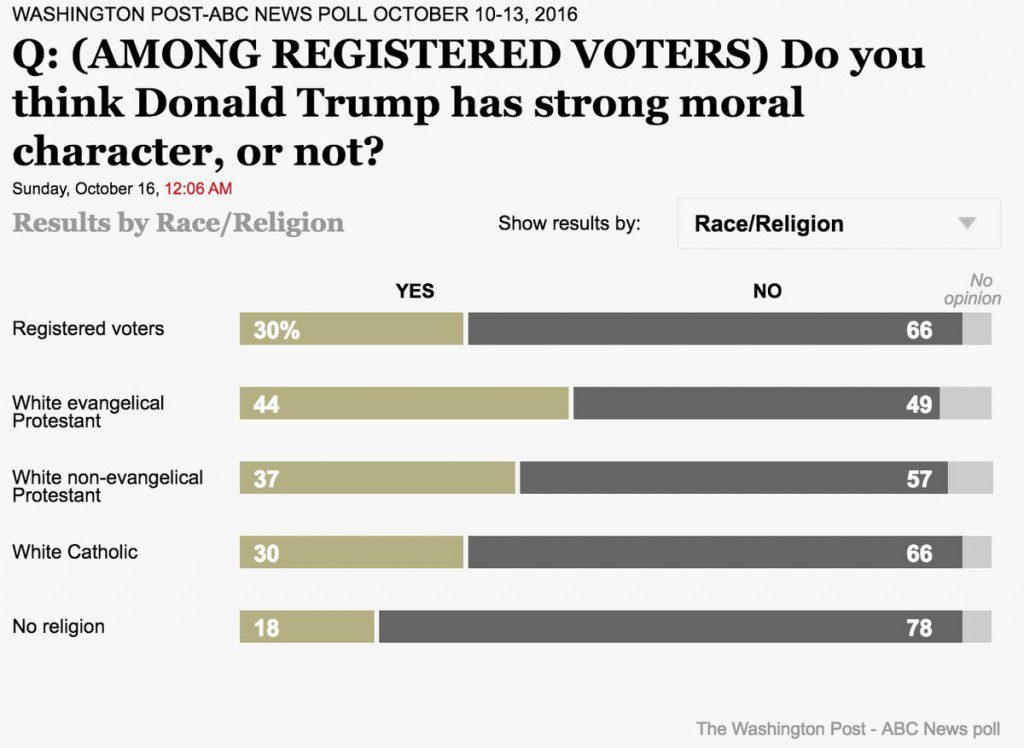 While the poor judgment and hypocrisy of conservative Christians is to be expected, it is more difficult to explain the 18% of non-religious people who would claim that Trump “has strong moral character.”

We can all agree that after witnessing white evangelical Christians vote so resoundingly for Donald Trump, we never again need to take seriously any claims they have against a Democratic politician for being an insufficiently upstanding, God-fearing role model for children. They can never do that again. This is a good thing, for all parties.

Bottom line: By all accounts Trump is a despicable human being and a moral monster. The fact that so many conservative Christians are willing to claim Trump “has strong moral character” only confirms the fact that they are deplorable hypocrites, which should not be a surprise to anyone who has been paying attention. 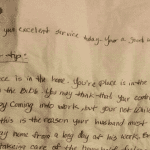