The new law upgrades the 1998 International Religious Freedom Act, and offers explicit protection to atheists. In particular, the legislation states:

The freedom of thought, conscience, and religion is understood to protect theistic and non-theistic beliefs as well as the right not to profess or practice any religion.

The Act also condemns “specific targeting of non-theists, humanists, and atheists because of their beliefs” and attempts to forcibly compel “non-believers or non-theists to recant their beliefs or to convert.”

The American Humanist Association is celebrating the bill’s passage, and is urging President Obama to sign the legislation into law. In a press release the group states:

The persecution of openly humanist and atheist writers has become an area of increasing concern especially after the string of murders of secular bloggers and publishers by religious extremists in Bangladesh. The American Humanist Association, along with other international advocates for religious freedom, have also been critical of the flogging of secular writers in Saudi Arabia, as well as a Saudi law that equates atheism with terrorism.

In a statement, Roy Speckhardt, executive director of the American Humanist Association, said:

Legislators are finally recognizing the human dignity of humanists and granting the nontheistic community the same protections and respect that have been given to religious communities. With the increasing global persecution of humanists and atheists at the hands of religious authoritarians, we’re proud that Congress and the US Department of State are standing for the liberty of all people, both religious and non-religious.

A historic piece of legislation that for the first time in our nation’s history recognizes non-theists, the International Religious Freedom Act is the result of extensive advocacy efforts from the humanist community and the support of our religious allies. Religious freedom for all people, theists and non-theists, is an American value we must protect.

However, the legislation is not perfect. Friendly Atheist notes that the bill also protects people who defend male infant circumcision and/or animal slaughter for religious purposes from persecution.

Bottom line: Anytime the U.S. Congress explicitly recognizes the rights of atheists and other non-theists around the world to be free from religious persecution is good news for liberty, and the secular values upon which a free and open society depend. 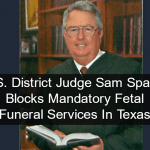 December 18, 2016 Petition Calls On Mike Pence To Ban Teaching Of Evolution
Recent Comments
0 | Leave a Comment
"I am called a bigot, a fool, referred to as "my kind", "nigerian white supremacist ..."
MrPeach Texas Governor: ‘The Problem is Not ..."
"you sure can run your mouth here, now explain your downvote to my harmless comment. ..."
Joshua Booker Million MAGA March: Militias, Proud Boys, ..."
"now I see why you hide your name. Some TROLL in ya=== lol!"
Brian Carnevale Texas Governor: ‘The Problem is Not ..."
"The cowardly censor at FA banned me years ago.There was an uncensored Angry Atheist channel, ..."
Pablo.Dali Fox News Host Bill Hemmer Warns ..."
Browse Our Archives
get the latest from
Progressive Secular Humanist
Sign up for our newsletter
POPULAR AT PATHEOS Nonreligious
1