Sessions ‘Not Sure’ If Secular Americans Understand Truth

Attorney General Jeff Sessions is “not sure” if a secular person understand the truth as well as a religious person.

At Sessions’ confirmation hearing Sen. Sheldon Whitehouse (D-R.I.) asked the Attorney General nominee if he believes a secular person has the same understanding of the truth as a religious individual.

.@SenatorSessions just said he is “not sure” if a secular person has the same understanding of truth as a religious person. #StopSessions

As an afterthought, after saying he was “not sure” if secular people understand the truth as well as religious people, Sessions added:

We’re going to treat anybody with different views fairly and objectively.

This is not the first time Sessions has denigrated people holding secular views. In a notorious incident last June Sessions insulted Supreme Court Justice Sotomayor for having a “secular mindset.”

At the time Sessions argued that Justice Sotomayor’s “secular mindset” was “directly contrary to the founding of our republic.” Such a remark indicates Sessions does not understand or respect the secular values upon which the nation was founded.

In 2001, Sessions rebuked then-Chairman of the Senate Judiciary Committee Patrick Leahy (D-Vt.) for swearing in witnesses without requiring them to use the phrase “So help me God,” which is not a constitutional requirement. Sessions argued, “Ninety-five percent of the people believe in God,” as if majority rules when it comes to religious freedom. Sessions also equated swearing to God with telling the truth.

Bottom line: Sessions is a dangerous Christian extremist, with little or no respect for secular Americans.

Here is the exchange between @SenWhitehouse and Attorney General nominee Jeff Sessions about secular people and truth. It’s… not great. pic.twitter.com/0neMzdz6BP 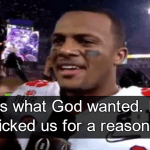 January 11, 2017 Woman Serves Year In Jail For ‘Coat-Hanger Abortion’
Recent Comments
0 | Leave a Comment
Browse Our Archives
get the latest from
Progressive Secular Humanist
Sign up for our newsletter
POPULAR AT PATHEOS Nonreligious
1