The San Bernardino Shooter was an outspoken Christian pastor, but most mainstream media accounts ignore this part of the story because it doesn’t fit the established narrative.

The gunman who walked into a North Park Elementary School classroom of special needs children earlier this week was Cedric Anderson, a 53 year old Christian pastor who made frequent appearances on a local radio program.

Anderson, a Christian pastor, told school staff he had to drop something off with his estranged wife, Karen Smith, a teacher at the school. Nobody knew that Anderson was packing a .357 handgun.

About 10:27 a.m., Anderson walked into Smith’s special education classroom and, without speaking, opened fire, hitting her (Karen Smith) and two students behind her. Anderson then reloaded and shot himself. Smith, 53, died at the scene. Jonathan Martinez, 8, was airlifted to a hospital and died before entering surgery. A 9-year-old boy was in stable condition at Loma Linda Medical Center on Monday evening.

In addition to frequently preaching the gospel on local radio, Anderson also made appearances at community events in his role as pastor. He was also active on Facebook, and often published posts about his religious beliefs.

My worship was pure tonight. God is awesome! My wife Karen is such a pure spirit.

She has no guile or pretense. She has no ill will toward anyone. (It amazes me!).

Jesus said blessed are the pure in heart for they shall see God. Karen’s essence is disarming. I’ve never meet anyone like her.

Her strength is not in worldly wisdom, head games and manipulation. Her strength is in the essence of her purity,” he said. “Her anchor is that she sees God. It is a joy to have a conversation with her. I praise God for such a wonderful Lady!

Less than two months later, he would kill his wife Karen, as well as an innocent child, before taking his own life.

Najee Ali, a community activist in Los Angeles and executive director of Project Islamic Hope, said he knew Anderson as a pastor who attended community meetings. Ali said of Anderson:

He was a deeply religious man. There was never any signs of this kind of violence … on his Facebook he even criticized a man for attacking a woman.

“A deeply religious man.” A Christian pastor. A killer.

Nobody is arguing that Anderson’s Christian faith was the cause of his heinous crime. However, it is important to note the double standard. If Anderson had been a Muslim preacher, it seems quite certain the media would have placed the killer’s religion front and center in the story, because “a Muslim killer” fits the established media narrative, whereas “a Christian killer” does not.

Why Isn’t the Media Pointing Out That the San Bernardino Shooter Was an Outspoken Christian?

… It doesn’t matter what the shooter believed since the crime is seemingly unrelated, right? That’s what I thought until February 2015, when three Muslim students were killed in a tragic attack carried out by an atheist named Craig Stephen Hicks. The dispute at the center of that shooting involved parking spaces, but media reports consistently cited the suspect’s atheism as a possible cause because of how frequently atheist memes and messages appears on his Facebook page.

… it’s worth acknowledging that the media’s coverage of the suspected murderers is vastly different this time around — in large part, I think, because no one would think a self-proclaimed Christian would do something like this.

Bottom line: The mainstream media has a double standard when it comes to religion and crime: Christianity is almost always given a pass; however, as for non-Christian worldviews, not so much. 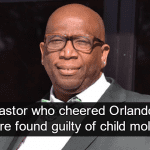 Nonreligious
Dalai Lama: We Need Values Based Not On...
Progressive Secular Humanist
TRENDING AT PATHEOS Nonreligious