The bill, filed earlier this year by Texas legislator Rep. Jessica Farrar (D), was referred to the House State Affairs Committee on Tuesday.

Farrar is a vocal abortion rights activist, with a long record of opposing legislation in Texas hostile to women’s reproductive freedom.

I don’t know. The bill may be satirical but the message sure resonated. 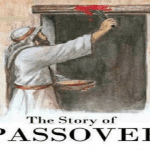