Trump: ‘In America We Don’t Worship Government, We Worship God’

Weaponized Twitter: Trump insults secular Americans and attacks the separation of church and state while pandering to his conservative Christian base.

IN AMERICA WE DON’T WORSHIP GOVERNMENT – WE WORSHIP GOD! https://t.co/jIejSgVnnA

So much for religious freedom…

Trump has been on a Twitter rampage today. In an act of cruel bigotry, earlier today Trump announced that transgender individuals will not be allowed to serve in the military “in any capacity.”

After consultation with my generals and military experts, please be advised that the United States government will not accept or allow transgender individuals to serve in any capacity in the U.S. Military. Our military must be focused on decisive and overwhelming victory and cannot be burdened with the tremendous medical costs and disruption that transgender in the military would entail.

What a mess. What a disgrace. 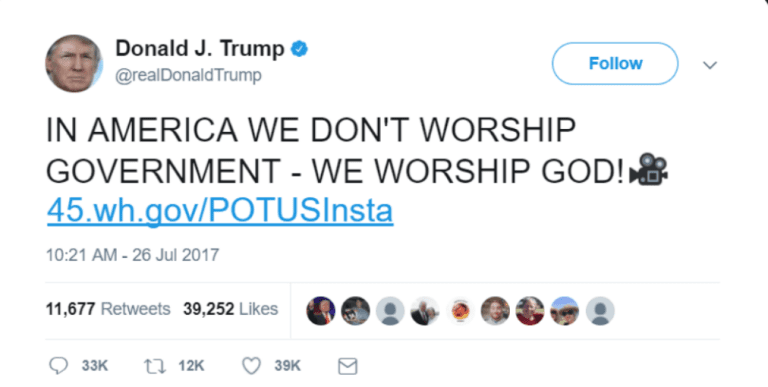 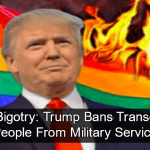 July 26, 2017 Ark Encounter Loses Battle With City, Will Now Pay Fees
Recent Comments
0 | Leave a Comment
Browse Our Archives
get the latest from
Nonreligious
Sign up for our newsletter
POPULAR AT PATHEOS Nonreligious
1