Delicious and nutritious: Legal and safe abortion is a secret plot to provide human sacrifices for the demon god Baal.

“Aborted babies are the food source that is empowering Baal” according to the Trump-loving “firefighter prophet” Mark Taylor.

A retired firefighter known as the “firefighter prophet,” Taylor “claims to have foreseen the Donald Trump presidency as early as 2011” according to a report filed by Right Wing Watch.

Taylor is also the author of the bestselling book, “The Trump Prophecies: The Astonishing True Story Of The Man Who Saw Tomorrow… And What He Says Is Coming Next,” which has been wildly successful with the Trump-loving conservative Christian fringe.

Right Wing Watch reports that earlier this week Taylor appeared on Greg Hunter’s “USAWatchdog” program, “where he warned that people who support reproductive rights do so only because they want to provide a human sacrifice to the demon god Baal.”

On the program Taylor said:

Bottom line: No worries, Baal will go hungry soon, because Taylor also believes that “God is going to supernaturally remove five Supreme Court justices so that President Trump can replace them and overturn Roe v. Wade.”

And so it goes… 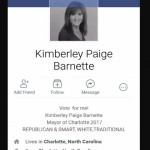 September 6, 2017 Charlotte Mayoral Candidate Brags About Being White
Recent Comments
0 | Leave a Comment
Browse Our Archives
get the latest from
Progressive Secular Humanist
Sign up for our newsletter
POPULAR AT PATHEOS Nonreligious
1 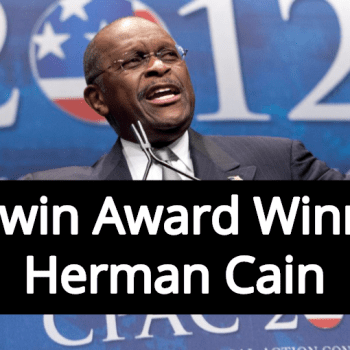