Televangelist Pat Robertson tells Trump to fire special counsel Mueller and issue a blanket pardon to everyone under investigation.

Reacting to the recent indictments issued against Paul Manafort and Rick Gates, as well as news that George Papadopoulos’ made a plea deal with Mueller after being caught making false statements to the FBI, Robertson went off on a rant while hosting his popular televsio program the 700 Club.

Claiming there was “not a chance” that Manafort’s inappropriate conduct would be linked to the White House, an excited Robertson said Trump should issue a “blanket pardon” to anyone under suspicion in Mueller’s investigations into Trump campaign officials colluding with Russia.

Arguing that the focus of any investigation should really be on “tainted” former Secretary of State Hillary Clinton, Robertson explained why the investigation into the Trump campaign must be shut down:

He [Trump] can grant a pardon to everybody involved in this thing if he wants to. This whole thing has got to be shut down … He has every right to shut Mueller down and say, ‘You have gone as far as you need to and I have instructed my Justice Department to close you down.’

He can grant a blanket pardon for everybody involved in everything and say, ‘I pardon them all, it’s all over, case closed.’ I think that is what he needs to do … He’s got to shut this thing down, he’s just got to.

Robertson is a dangerous Christian extremist, yet despite often sounding mentally deranged he continues to be a major force in the Republican Party, and a leading voice for conservative Christians.

The fact that Robertson is openly advocating for Trump to subvert and sabotage the judicial process in such a blatant way is alarming. If Trump were to fire Mueller, it is not clear how Republicans in congress would react, but one thing is certain, the nation would be thrown into turmoil, making a bad situation only worse. 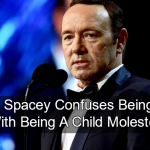 October 30, 2017
Kevin Spacey Confuses Being Gay With Being A Child Molester
Next Post 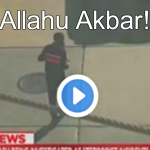