In a ridiculous bit of Jesus inspired misogyny, Carl Gallups, a conservative Christian pastor who spoke at Trump campaign rallies during the 2016 election, argues that women are “sexually assaulting” men by dressing in a provocative manner .

Discussing the matter on his radio program late last week, Gallups and his guest Mike Shoesmith, who recently wrote a post claiming that women who dress provocatively around men are guilty of sexual assault, turned the issue of sexual assault upside down.

If a woman wears sexually suggestive clothing around a man is that not also sexual assault? Men are visually stimulated and unwanted stimulation should meet the basic definition of assault. I am not condoning bad behavior by men but women need to understand that by walking around in their little sister’s skirt they are guilty of indecent visual assault on a man’s imagination which does cause mental anguish and torment especially on men who really are trying to live in harmony and respect toward women; something made more difficult when every ripple and curve are exposed to the men around you. Something to think about.

During the interview with Gallups, Shoesmith declared that women dressing in a suggestive manner are “guilty of indecent visual assault on a man’s imagination, which does cause mental anguish and torment,” while claiming:

Men are visually stimulated and unwanted stimulation should meet the basic definition of assault.

When a man sees a naked or partially dressed woman, a chemical reaction happens in his brain. Neurotransmitters like dopamine and serotonin are released, giving him an involuntary surge of pleasure. Notice the word ‘involuntary’ … Men are in a state of constant sexual assault by women who either don’t understand the severity of what they are doing, because it’s cute and they like the attention, or worse, they do know the feelings it stirs and like the control they have over men.

Gallups agreed with all of the ridiculous claims made by Shoesmith,  claiming:

We are just discussing what should be obvious. The science supports us in it.

(The science? What science? )

Yes they are, absolutely. And women need to help the men.

Bottom line: Nothing to see here but two influential pastors explaining why women are really responsible for their own rape and sexual assault.

(H/T DeadState –  listen to the  interview at Right Wing Watch.) 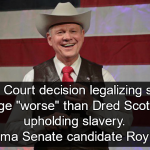 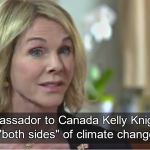