President Trump’s pick for a top environmental post claims that belief in global warming is a “kind of paganism” for “secular elites.”

Kathleen Hartnett White is Trump’s pick to be the White House senior adviser on environmental policy. As such, she will head the Council on Environmental Quality, a powerful position which oversees environmental and energy policies across the government.

However, like many of Trump’s selections to fill high government positions, Hartnett White is a troubling candidate, and there are good reasons to believe she should not be responsible for making the nation’s environmental and energy policies.

President Donald Trump’s nominee to be the White House senior adviser for environmental policy in 2016 described the belief in “global warming” as a “kind of paganism” for “secular elites.”

CNN reports that during a 2016 appearance on the online conservative talk show “The Right Perspective,” Hartnett White argued environmental leaders were using climate policy “to undermine the system of economic growth and industrialization,” while claiming that belief in global warming is a “kind of paganism” for “secular elites”:

There’s a real dark side of the kind of paganism — the secular elites’ religion now being, evidently, global warming.

In addition, The New York Times reports Hartnett White has argued that “carbon dioxide is a harmless gas that should not be regulated,” and that “labeling carbon dioxide emissions as a pollutant is ‘absurd’ and asserted that it should be considered the ‘gas of life.’”

Commenting on the Hartnett White nomination, The Hill notes:

Her views on climate change do not align with the scientific consensus, which says greenhouse gas emissions produced by human activity is the driving factor behind a dangerous warming trend around the globe.

Currently Kathleen Hartnett White serves as the director of the Armstrong Center for Energy and the Environment at the Texas Public Policy Foundation, a conservative, free-market think tank. She is also the former chair of the Texas Commission on Environmental Quality.

Mrs. White also has called renewable energy “unreliable and parasitic,” described global warming as “a creed, a faith, a dogma that has little to do with science,” and asserted that science does not dictate policy in democracies.

Before assuming her position as the head of the Council on Environmental Quality, Hartnett White must first be confirmed by the U.S. Senate.

Bottom line: Kathleen Hartnett White, Trump’s nominee to be the White House senior adviser on environmental policy, rejects the overwhelming science concerning global warming, and instead dismisses environmental concerns about the scientific reality of global warming as merely a “kind of paganism” for “secular elites.” 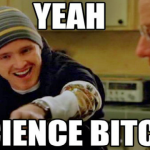 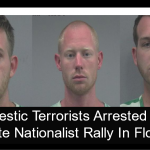