Commenting on the explosive scandal, Ziegler told the Washington Examiner:

There is nothing to see here. The allegations are that a man in his early 30s dated teenage girls. Even the Washington Post report says that he never had sexual intercourse with any of the girls and never attempted sexual intercourse.

After asserting that “there is nothing to see here,” Ziegler went on to use scripture from the Bible to defend Moore’s criminal behavior. Ziegler said:

He’s clean as a hound’s tooth. Take the Bible. Zachariah and Elizabeth for instance. Zachariah was extremely old to marry Elizabeth and they became the parents of John the Baptist.

Ziegler then went on to invoke Christ to defend Moore:

Also take Joseph and Mary. Mary was a teenager and Joseph was an adult carpenter. They became parents of Jesus.

That’s right. Let that sink in for a minute. According to Ziegler, in Alabama, sexually abusing a 14-year-old girl is “nothing immoral or illegal,” but “maybe just a little bit unusual.”

The good news is that Ziegler seems to be in the minority when it comes to the bombshell revelation, with many politicians, both Democrat and Republican, denouncing Moore and asking the candidate to step down from the senate campaign. 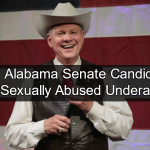 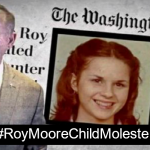