With the repeal of the Johnson Amendment, as proposed under the new GOP tax plan, churches would become a dark money haven, allowing big money donors to funnel large sums of money into political campaigns anonymously, and tax free.

The Johnson Amendment is a provision in the U.S. tax code, since 1954, that prohibits all 501(c)(3) non-profit organizations from endorsing or opposing political candidates, and prevents tax-exempt organizations, including churches, from advocating for or against candidates for office.

The Republican tax plan would repeal the amendment only for churches, allowing churches to retain their tax exempt status, while acting as political super PACs.

Writing for The Humanist, Matthew Bulger explains two significant consequences of repealing the Johnson Amendment for our democratic system:

In other words, repeal of the Johnson Amendment would allow big money donors to make anonymous, tax deductible political contributions through churches, subverting any remaining campaign finance checks and balances, and corrupting at once both the political process and houses of worship that will be turned into little more than money laundering fronts for big money donors.

Democrats have consistently opposed any repeal of the Johnson Amendment. The Hill reports that last month, “nearly 100 Democratic lawmakers sent a letter to Brady and Rep. Richard Neal, the ranking member of the Ways and Means Committee, urging the committee to keep the Johnson Amendment in place, fearing its repeal would be included in the tax bill.” That letter reds in part:

This policy has successfully shielded our nation’s charitable community against the rancor of partisan politics and allowed them to freely address humanitarian, social, and community-specific problems in a nonpartisan manner. Americans do not want our houses of worship, charitable nonprofits, and foundations to become points of leverage for partisan politics. Nor do they want tax-exempt, charitable contributions to be funneled into political campaigns.

The Hill also reports that “a group of more than 4,000 religious leaders from around the country wrote a letter in August opposing efforts to repeal the Johnson Amendment, saying it “would harm houses or worship, which are not identified or divided by partisan lines”:

Changing the law to repeal or weaken the ‘Johnson Amendment’ — the section of the tax code that prevents tax-exempt nonprofit organizations from endorsing or opposing candidates — would harm houses of worship, which are not identified or divided by partisan lines. Particularly in today’s political climate, engaging in partisan politics and issuing endorsements would be highly divisive and have a detrimental impact on congregational unity and civil discourse.

They just can’t help themselves. They’re not simply repealing the Johnson Amendment. They’re specifically exempting churches—and only churches—from the requirement, giving them even more special treatment on the basis of religious belief. The Equal Protection violation here couldn’t be more clear.

David Silverman, president of American Atheists, said the organization will sue if the Johnson Amendment is repealed:

We will not sit idly by while Congress creates a massive loophole that would turn churches into unaccountable, tax-deductible Super PACs for billionaires to hijack our nation’s electoral system. With no transparency, no disclosure, and even a tax break for donating, every church in America would become a political weapon.

If this bill is signed with the Johnson Amendment exemption in place, we’ll have no choice but to sue. 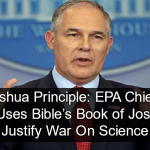 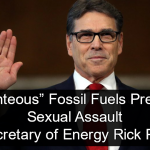