A mass shooting in the rural community of Rancho Tehama, California, leaves five dead, and at least 10 wounded.

Five people have been killed, including the gunman, and multiple others injured after a shooting rampage that started at a home and ended at an elementary school in rural Northern California.

At least five people are dead following shootings at multiple locations in Tehama County, including an elementary school where at least two children were wounded.

According to the ABC report, “at least one student was shot and injured at an elementary school after shootings occurred at seven separate scenes near the town of Red Bluff. A second child and a female adult were shot in a truck, authorities said.”

One student at the elementary school was shot and another child was hit while sitting in a truck alongside a roadway. Both are being treated at a local hospital.

Vice President Mike Pence responded to the tragedy via Twitter, offering yet another rendition of the usual “thoughts and prayers”:

Saddened to hear of the shooting in N. California, the loss of life & injuries, including innocent children. We commend the effort of courageous law enforcement. We’ll continue to monitor the situation & provide federal support, as we pray for comfort & healing for all impacted

Saddened to hear of the shooting in N. California, the loss of life & injuries, including innocent children. We commend the effort of courageous law enforcement. We’ll continue to monitor the situation & provide federal support, as we pray for comfort & healing for all impacted

In related news, California Rep. Ted Lieu walked out when Congress held a moment of silence for the victims of the mass shooting in Sutherland Springs, Texas, that left 26 churchgoers dead and 20 more injured earlier this month.

Lieu, a Democratic, released a video via Facebook Live from the hallway of congress explaining why he refused to participate in what many believe was a gratuitous and meaningless gesture in the face of a serious crisis terrorizing the nation.

Bottom line: Thoughts and prayers are not enough. 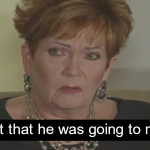 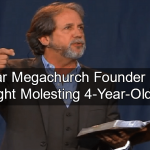