Despite overwhelming evidence to the contrary, Speaker of the House Paul Ryan insists that “prayer works.”

Ryan, speaking with Fox News’s Laura Ingraham on “The Ingraham Angle,” complained about the “secular left” while defending his empty call to prayer after the Texas church massacre that left 26 people dead.

Immediately after the massacre Ryan asked for prayers via Twitter:

Reports out of Texas are devastating. The people of Sutherland Springs need our prayers right now.

Reports out of Texas are devastating. The people of Sutherland Springs need our prayers right now.

The tweet was met with widespread criticism, with many rightly seeing it as an empty and facile gesture meant to satisfy the gullible without doing anything concrete to address the tragedy. When asked about the criticism by Ingraham, Ryan said:

It’s disappointing, it’s sad, and this is what you’ll get from the far secular left. People who do not have faith don’t understand faith, I guess I’d have to say. And it is the right thing to do is to pray in moments like this, because you know what? Prayer works. And I know you believe that, and I believe that and when you hear the secular left doing this thing, it’s no wonder you have so much polarization and disunity in this country when people think like that.

In other words, Ryan, responding to criticism about his failure to act to curb gun violence, blamed the “secular left” for not understanding the magic of prayer.

For the record, Ryan is wrong: Prayers do not work.

Bottom line: Paul Ryan is clueless. His claim that “prayer works” while discussing the massacre of a church full of people praying is absurd on it’s face. But more important, Ryan, as Speaker of the House, has no business making misguided and misleading theological claims about prayers. Instead, he should do his job, and stop blaming the “secular left” for pointing out his obvious failure to serve and protect. 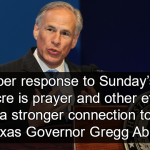 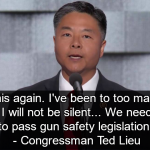