Texas Governor Gregg Abbott claims prayer and “working with God” is the only way to prevent mass shooting events like the recent church massacre in rural Texas.

In a deplorable bit of pandering Abbott said that the proper response to Sunday’s shooting is to confront evil through prayer and forge “a stronger connection to God.”

We have a solemn obligation to the victims of Sutherland Springs, Las Vegas, Orlando, Newtown and the many tragic shootings that occur each day to respond not only with prayer and unwavering love, but with action.

As for Governor Abbott, his position as a dangerous religious extremist is well established.

In addition, in a move meant to shame women who have abortions, the Republican governor of Texas ordered state health officials to add new abortion regulations that would require the burial or cremation of post abortion fetal tissue.

Bottom line: Texas Governor Gregg Abbott is a dangerous religious extremist who believes the proper response to Sunday’s church massacre is prayer and other efforts to forge “a stronger connection to God.” 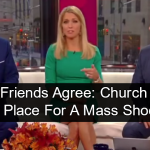 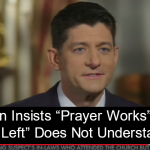