The Trump administration officially supports trophy hunting, and is repealing an Obama era ban on the import of African elephant trophies.

In a reprehensible move the Trump administration endorses trophy hunting and will reverse an Obama era policy prohibiting “bringing to the United States the heads of elephants killed in two African countries.”

Elephant and lion trophies can be imported from Africa again, in a reversal of an Obama-era policy that prohibited the importation of endangered animals.

The U.S. Fish and Wildlife Service announced Wednesday that it will allow trophy hunters to bring back legally hunted wildlife, removing restrictions on permits that were put in place to discourage the hunting and poaching of animals that are on the threatened species list.

The Hill reports “the reversal is part of a wide-ranging effort by Interior Secretary Ryan Zinke” to promote hunting.

To be clear, this is not just about hunting, this is about the despicable practice of trophy hunting, where cowardly and morally deficient trophy hunters travel to Africa to engage in canned hunts and collect “trophies” such as elephants, warthogs, zebras, lions, and even giraffes, with entire tour companies dedicated to the so-called “sport.”
The decision to reverse the Obama era ban on the importation of “trophies” was celebrated by some hunting and gun rights groups, including the National Rifle Association, America’s premier terrorist organization.

However, as one might expect, animal rights groups and other compassionate and fair mined individuals were appalled by the morally reprehensible decision concerning African elephant trophies.

Let’s be clear: elephants are on the list of threatened species; the global community has rallied to stem the ivory trade; and now, the U.S. government is giving American trophy hunters the green light to kill them.

Pacelle also notes that the new policy ignores “the copious science that trophy hunting undermines the conservation of threatened and endangered species.”

Entertainer and animal rights supporter Ricky Gervais and others registered their complaint with the new policy via Twitter:

The fact that Trump has lifted President Obama’s ban on elephant trophies being imported into the country is a devastating blow to the survival of these beautiful animals. It’s savage and pointless. It breaks my heart. pic.twitter.com/iclfxN6TXr

The fact that Trump has lifted President Obama’s ban on elephant trophies being imported into the country is a devastating blow to the survival of these beautiful animals. It’s savage and pointless. It breaks my heart.

Is he setting out to be deliberately obnoxious? No purpose other than going out of his way to spite Obama?https://t.co/wWsxkVw2iq

These are the kind of #Morons that will be hunting Threatened #Elephants, just because they can. #TrumpBoys pic.twitter.com/UEJI2iyfOo

Those who defend the immoral act of trophy hunting claim that it is a necessary evil, and that the trophy hunters, by paying large fees to guides and governments for the perverse pleasure of killing an animal for sport, are somehow helping conservation efforts. This is false.

Make no mistake, these canned hunts are for immoral cowards with too much money and too little self-esteem. There is nothing brave or noble about killing exotic animals for sport. In fact, there is no “sport” in trophy hunting. Such activity is a perverse pursuit, and has no place in a civilized society.

And it is no accident that two of the immoral cowards who take perverse pleasure in killing  exotic animals for fun and trophies happen to be the sons of President Donald Trump. 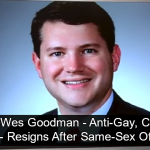 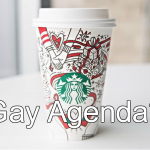