Christian terrorists in Kansas accused of plotting to bomb a mosque are demanding that a significant number of Trump voters serve on their jury.

Last year federal investigators stopped a domestic terrorist plot to bomb a Kansas apartment complex that is home to mostly Somali Muslims and is also used as a mosque.

The plot to kill Muslims was planned by a small group of Christian extremists known as “The Crusaders.” Three southwestern Kansas men were arrested and charged in federal court: Curtis Allen, 49; Gavin Wright, 49; and Patrick Stein, 47.

Now those men are demanding that their jury contain Trump voters.

Three men accused of plotting to bomb a mosque and apartment complex housing Somali refugees asked a federal judge Friday to include prospective jurors from rural western Kansas because they are twice as likely to have voted for President Donald Trump.

Defense attorneys argue “that plans to only summon citizens in the more urban counties closest to the federal courthouse in Wichita is a discriminatory practice that excludes rural and conservative jurors.”

This case is uniquely political because much of the anticipated evidence will center around, and was in reaction to, the 2016 Presidential election.

The three accused Christian terrorists are charged with conspiring to use a weapon of mass destruction and conspiracy against civil rights.

At the time of their arrest acting U.S. Attorney Tom Beall told reporters at a news conference the the men were members of a small Christian militia group called “The Crusaders.”

For example, on Curtis Allen’s Facebook page, multiple anti-Muslim posts could be found, including posts promoting violence against Muslim people. In addition, Allen posted Christian based hatred against LGBT people, including an image from Deuteronomy and the following text:

According to reports the three accused terrorists conspired to set off a bomb where about 120 people, mostly Somali Muslims, lived. The apartment complex in Garden City is also used as a mosque, officials said.

At the time of their arrest U.S. Attorney Tom Beall told reporters:

We’re here today to announce three Southwest Kansas men, Curtis Allen, Patrick Stein and Gavin Wright, were charged in federal court here today on domestic terrorism charges. The government alleges the defendants conspired to detonate a bomb at an apartment complex in Garden City, where Muslim immigrants from Somalia live and worship… These charges are based on eight months of investigation by the FBI, and is alleged to have taken investigators deep into a hidden culture of hatred and violence. Many Kansans may find this startling, as I have, that such things could happen here.

According to reports the defendants conducted surveillance to size up potential targets; stockpiled firearms and ammunition, and explosive components; and even prepared a manifesto describing their beliefs to be published after the bombing.

If convicted, the defendants face up to life in federal prison. Their trial begins March 19. 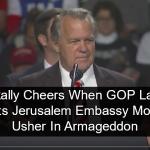 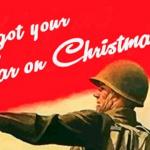